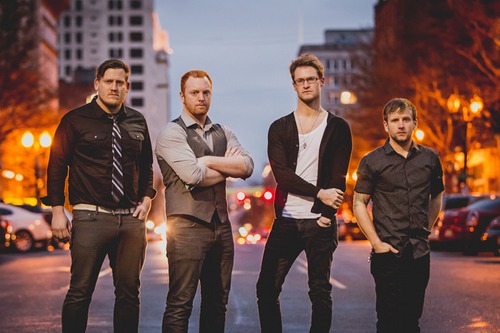 Peace Mercutio Say Something With A Great Big World Cover

It’s been a little over four months since Peace Mercutio released their sophomore effort, their You Vs The World EP, back in February, which we reviewed right here on JesusWired on the heels of its release. That being said, the band is certainly not letting up anytime soon. The Seattle based alt-rockers have just unleashed their cover of the smash hit song “Say Something” from A Great Big World and Christina Aguilera. The quartet really shines through on their rendition of “Say Something,” with edgy guitar work, pummeling drum stomps, and the harmonizing of co-vocalists Andy Lundman and Dan Buckley. The performance video is a nice touch as well, as it really captures the essence of the band doing what they do best. Check out the video below, and stay connected with these guys on their Facebook and Twitter pages so you don’t miss a beat on all things Peace Mercutio.

Buy You vs The World:
iTunes | AmazonMP3