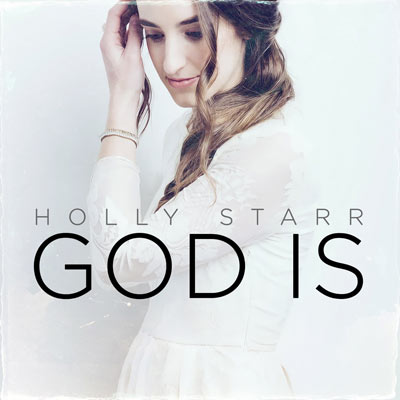 “God Is,” the latest single from acclaimed Artist Garden Entertainment singer/songwriter Holly Starr, is available at digital retail today, including iTunes and AmazonMP3. Celebrating Christ’s attributes and the Hope found only in Him, the song was penned by Phillip LaRue and GRAMMY® Award-winner Christopher Stevens, and was produced by Stevens (TobyMac, Jamie Grace) and Chuck Butler (Mandisa, Royal Tailor).

Top Christian radio outlets around the country, including The Fish Los Angeles; St. Louis’ JOY FM; WBSN in New Orleans; The Fish Sacramento, California; and Columbia, South Carolina’s WMHK, among others, are already embracing the song and its powerful message.

In addition to a string of concerts around the country this summer, Starr will be featured on the main stage at the Sonshine Festival in Willmar, Minnesota, and she is slated to travel to Costa Rica with Never The Same Missions next month. As well as presenting her music, Starr will work with teams ministering in schools, orphanages and poverty-stricken neighborhoods.

Known for her loyal online fan base, the music videos for Starr’s previous singles “Don’t Have Love” and “Through My Father’s Eyes” have collectively exceeded 1.2 million YouTube views to date. Both songs were Christian radio hits last year, reaching Top 25 on Hot AC and Top 30 on AC charts.