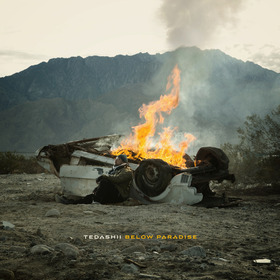 Tedashii’s Below Paradise Has Best Debut Week Of His Career

Below Paradise, the latest project from hip-hop artist Tedashii, has debuted at No. 17 on the Top 200 Billboard Album chart and sold more than 13,800 units since it released just one week ago. The album has also taken the No. 1 spot on the Gospel chart while also grabbing the No. 2 positions on the Rap, Independent and Christian charts. This is the highest debut for Tedashii since his first album dropped in 2006.

Below Paradise, Tedashii’s fourth career studio release, features such artists as Lecrae, Trip Lee, Crowder, Andy Mineo, Kam Parker, Christon Gray and Britt Nicole. The project can be found on iTunes, Amazon, and Google Play, as well as in stores such as Family Christian, LifeWay, Mardel, and select Walmart stores. The deluxe version is available exclusively through iTunes, which includes three bonus tracks that features Transparent, KB, Dimitri McDowell, and Derek Minor. Below Paradise merchandise can also be found here at the Reach Records’ Storefront by clicking here. 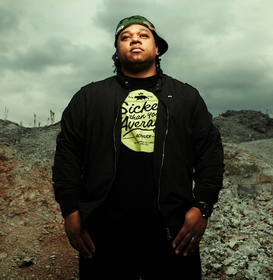 ABOUT BELOW PARADISE:
Tedashii’s Below Paradise sheds a new light on what life is really like on this side of eternity. Last year, this talented hip hop artist and lyricst took time off to grieve the loss of his son, and this album reflects that experience as he explores the meaning of triumph and hope amidst a life filled with patterns of pain and loss. The songs share the reality of suffering, deep and true joy, and the false expectations we carry. Below Paradise is filled with true authenticity and uncut honesty during this season of his life.

The album explores not only deep, emotional topics but also stretches the sound and style from Tedashii’s previous albums. The songs on Below Paradise read like a journal where some entries are honest and transparent, yet the album is not a somber, solemn experience. The album shares his experiences in high school as a football-playing, poetry-reading member of the marching band and his conversion to Christianity during college. Along with meeting his father for the first time, feeling like an outsider, faith, family and fatherhood, Tedashii invites the listener to experience life “below paradise.”

He recently wrapped up the Summer Shed Tour where he joined TobyMac, Skillet and Lecrae. Fans can also catch Tedashii throughout the summer at various festivals, including both Creation Northeast and Northwest. Visit here for his tour schedule.

ABOUT TEDASHII:
Tedashii is a Houston, TX native that has sold more than 133,000 albums to date, garnered over eight million cumulative views on YouTube and was featured on Lecrae’s GRAMMY-winning album Gravity. His previous release, Blacklight, debuted at No. 2 on the iTunes Hip-Hop chart and No. 8 on the iTunes overall album chart. Tedashii’s sophomore album, Identity Crisis, charted No. 2 on the Gospel Billboard chart and No. 9 on the Christian Billboard chart. One of his hit tracks, “Dum Dum” was featured on the TV show “So You Think You Can Dance.” Tedashii is also a radio host of his show, Serium, powered by NGEN Radio.