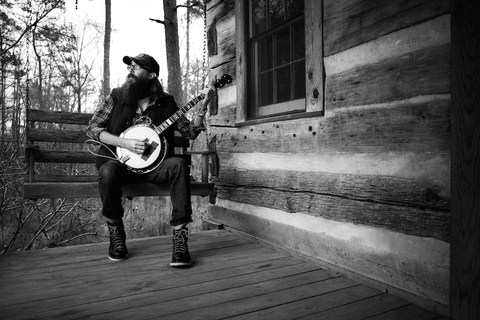 sixstepsrecords/Capitol CMG artist Crowder is celebrating a Top 10 entry on the Billboard 200 with his solo album debut, Neon Steeple, hitting No. 9. The album released last week to critical acclaim, with outlets praising his innovative sound and new musical direction. Featuring 14 tracks and 3 bonus tracks, Neon Steeple includes a moving duet with music icon Emmylou Harris on “My Sweet Lord.” Crowder’s lead single “I AM” holds strong in the Top 3 on the Billboard Christian Songs Chart this week, reaching over 11 million fans at radio.

Last Saturday, Crowder fulfilled a lifelong dream in making his Grand Ole Opry debut. Performing a tribute to Hank Williams Sr. with “I Saw The Light,” Crowder was a fan favorite in a night of Opry performances that included Deana Carter and country music legend Ricky Skaggs. Following the performance of his original track “Come As You Are,” which Rhapsody referenced as evidence of Crowder as a “creative wordsmith,” an emotional Ricky Skaggs in a rare moment championed Crowder as an “international harvester,” declaring his music as joy filled and something that he envisions will free people from “addictions, drugs and alcohol, and most importantly, religion, things that bind us and hold us down and make us think that we have to do it a certain way.”

Crowder backstage at his Grand Ole Opry debut with Deana Carter and Bill Anderson
Crowder’s street week promoting Neon Steeple included performances in Houston for a KSBJ Brown Bag concert, Tampa with Joy FM and Nashville at the K-LOVE Fan Awards. Following his Opry debut on Saturday evening, Crowder performed for fans at the K-LOVE Fan Awards Songwriter’s Showcase hosted by Steven Curtis Chapman. On Sunday evening, Crowder performed his single “I AM” at the 2nd Annual K-LOVE Fan Awards Show at the Grand Ole Opry House, where he was nominated for Worship Song of the Year.

Crowder performs at the K-LOVE Fan Awards in Nashville and a KSBJ Brown Bag Concert in Houston, TX.
Left Photo Credit: Getty Images/Rick Diamond
About Crowder:
Crowder has been embraced for his lyrically powerful and musically elaborate and unpredictable songs that have found themselves being sung everywhere from churches to clubs all across the country. In November 2012, Crowder released his first solo project, Crowder: iTunes® Session which delivered nine stripped down organic tracks to many of Crowder’s most loved originals. As part of the David Crowder*Band, they were named one of the “most thoughtful, progressive and exciting acts in contemporary Christian music” by The New York Times, garnering nine Dove Awards, 22 Dove nominations and two GRAMMY® nominations. The band released their final collection of new music with the GRAMMY® nominated project, Give Us Rest (A Requiem Mass in C [The Happiest of All Keys]). The record entered the Billboard 200 chart at No. 2 and gave the band their highest debut in their 12-year career. Continuing to perform as part of the Passion movement, participating in university student gatherings in the US and around the world, Crowder has also penned two books including his acclaimed release, “Everybody Wants to Go to Heaven, but Nobody Wants to Die.” Crowder’s solo album debut, Neon Steeple, is available now.