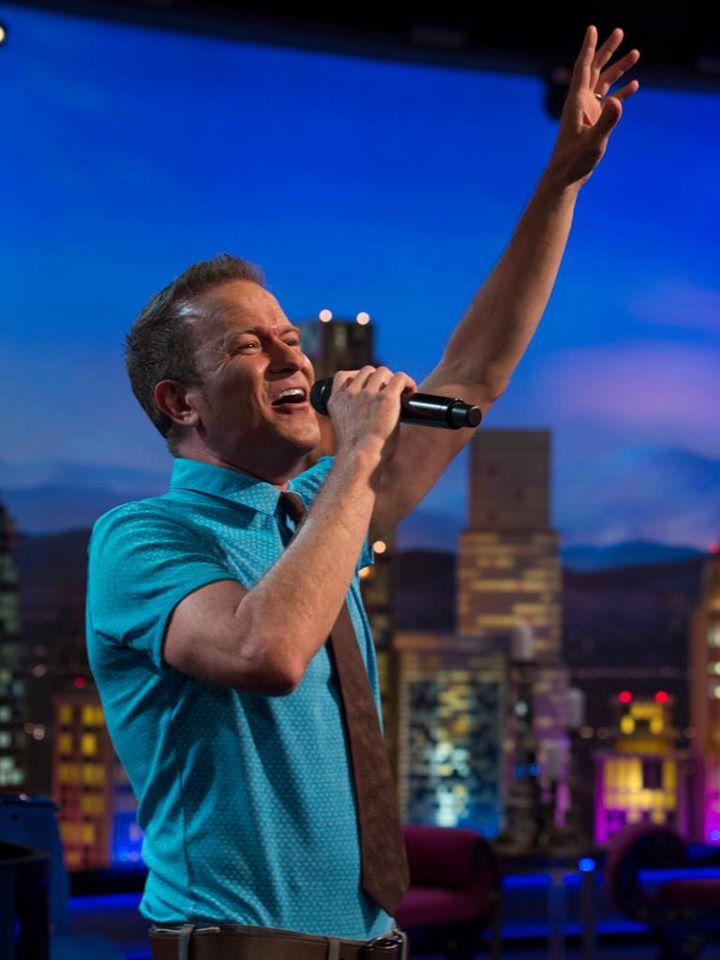 “I have long admired Kirk Cameron and his public stance for his faith, so it was a real treat for me to meet him when I was a guest on TBN’s Praise The Lord, which he was hosting,” Crosse says. “In addition to performing on the show, I also had the opportunity to discuss a new book, 360 Degrees of Grief, which was compiled and edited by my friend, Kayla Fioravanti. Kayla asked Renee and me to contribute to the anthology, which was a humbling experience as we candidly shared the story of a time in our marriage that was very difficult. The good news is that as we worked through the grief of disappointment, God used the time to strengthen our relationship and present us with new ministry opportunities. It was a privilege to share our story of hope after pain to the Praise the Lord audience.”

Released May 19 by Selah Press, 360 Degrees of Hope is a collection of first-person stories detailing how scores of people from different walks of life, including Christian recording artists Steve Green, Wayne Watson, Crosse and Melodie Tunney of First Call, have dealt with grief in a myriad of circumstances. The book was borne out of author and editor Kayla Fioravanti’s grief following the death of her mother.

Clay Crosse discussed his contribution to a new book, 360 Degrees of Grief, during a recent interview with Kirk Cameron on Trinity Broadcasting Network’s Praise The Lord (Clay Crosse photo)

“God uses these stories of brokenness to shine His faithfulness,” Fioravanti says.

Crosse and his wife, Renee, candidly share the story of a difficult time in their marriage and the heartache and grief of that time.

For more information about 360 Degrees of Grief, visit 360DegreesofGrief.com.

About TBN’s Praise the Lord:
Praise the Lord, broadcast from Costa Mesa, Calif., is the only live, two-hour Christian program in the world. The program brings the highest caliber of guests from well-known celebrities to laypersons for interviews, as well as singers, musicians, evangelists and the coverage of revivals and crusades from around the world. This award-winning program has been on each week night for more than 30 years. For more information, visit tbn.org.

About reDedication:
“I experienced a personal, formal rededication of my life to Christ in 1998,” Clay Crosse says regarding the title of his new CD. “And that decision has been working in me ever since. Every year there is a growing realization that there are still miles to go in my relationship with Christ. That’s a great thing. Fifteen years later, that realization still resonates with me in a richer, even more meaningful way than it did when I first rededicated my life to Christ.”

With the release of reDedication, Crosse returns with a project of songs worthy of those that first caused the industry to take note. Two singles from the CD currently are being played at Christian radio: “Working On A Building,” featuring Christian music legend Russ Russ Taff and American Idol finalist Melinda Doolittle, at AC and Gospel radio formats; and “When I Lift My Hands” at Soft AC and Inspirational radio formats. “When I Lift My Hands” recently hit No. 22 on the Billboard Christian Soft AC chart.

Finger-on-the-pulse songwriting, pristine instrumentation and spot-on production by long-time industry vet Regie Hamm, combine with Clay Crosse’s signature vocals to make reDedication one of the finest projects of his career.

“Rededication, as a spiritual event, is something that has strongly impacted not only my own life, but the life of my entire family,” Crosse says. “It’s my prayer that reDedication, the album, will encourage believers to re-examine their own lives and help lead them into a deeper walk with Christ.”

About Clay Crosse:
Clay Crosse was a FedEx courier for six years before making his recording career debut on Reunion Records in 1994, the same year he took home a Dove Award for Best New Artist. His first record, My Place Is With You, yielded his signature song “I Surrender All.” Including his latest CD, reDedication, Crosse’s discography includes six studio albums, three compilation albums and one live worship album, but the multi-talented performer doesn’t stop there.

He is also a gifted author. Crosse’s most recent book, Dashboard Jesus: Distinctive Reminders for Distracted Men, a humorous and compassionate guide for men of all ages, released in March 2013.

Crosse and his wife, Renee, who were high school sweethearts, live in Bentonville, Ark., where Clay Crosse serves as worship pastor at First Baptist Church. They have four children: Shelby, 20; Savannah, 16; Garrett, 14; and Sophie, 8.

In 2001, Clay and Renee Crosse founded Holy Homes Ministries, encouraging Christian families to come back to a close relationship with Christ and encouraging non-Christian families to come to know Christ. They travel the country leading marriage enrichment events along with Clay Crosse’s singing schedule. They are also spokespeople for Holt International Adoption and have adopted twice from China (Sophie in 2005 and Garrett in 2007).