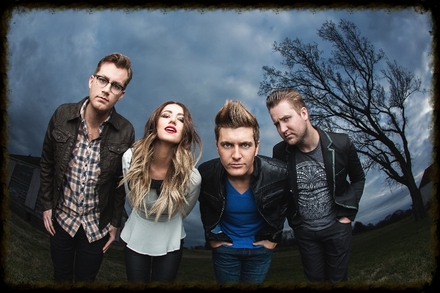 Dove Award-winning rock band Stellar Kart has officially signed with Faith Artist Agency for performance booking. The band has played over 1,500 shows in 13 countries over the past ten years and shows no signs of slowing down. In August 2013, the band released the highly anticipated and critically acclaimed full-length album, ALL IN, and has recently released an EP of cover songs from the popular Disney movie “Frozen.” The band, managed by First Company Management, also has plans to release new original music later this year.

Also signing with Faith Artist Agency is Stellar Kart front-man and founder Adam Agee. Agee has led worship at conferences and churches both in the U.S. and overseas for the past 15 years, and recently performed solo on a 25-city acoustic tour of Australia. He is currently writing for a solo project to be released this summer.