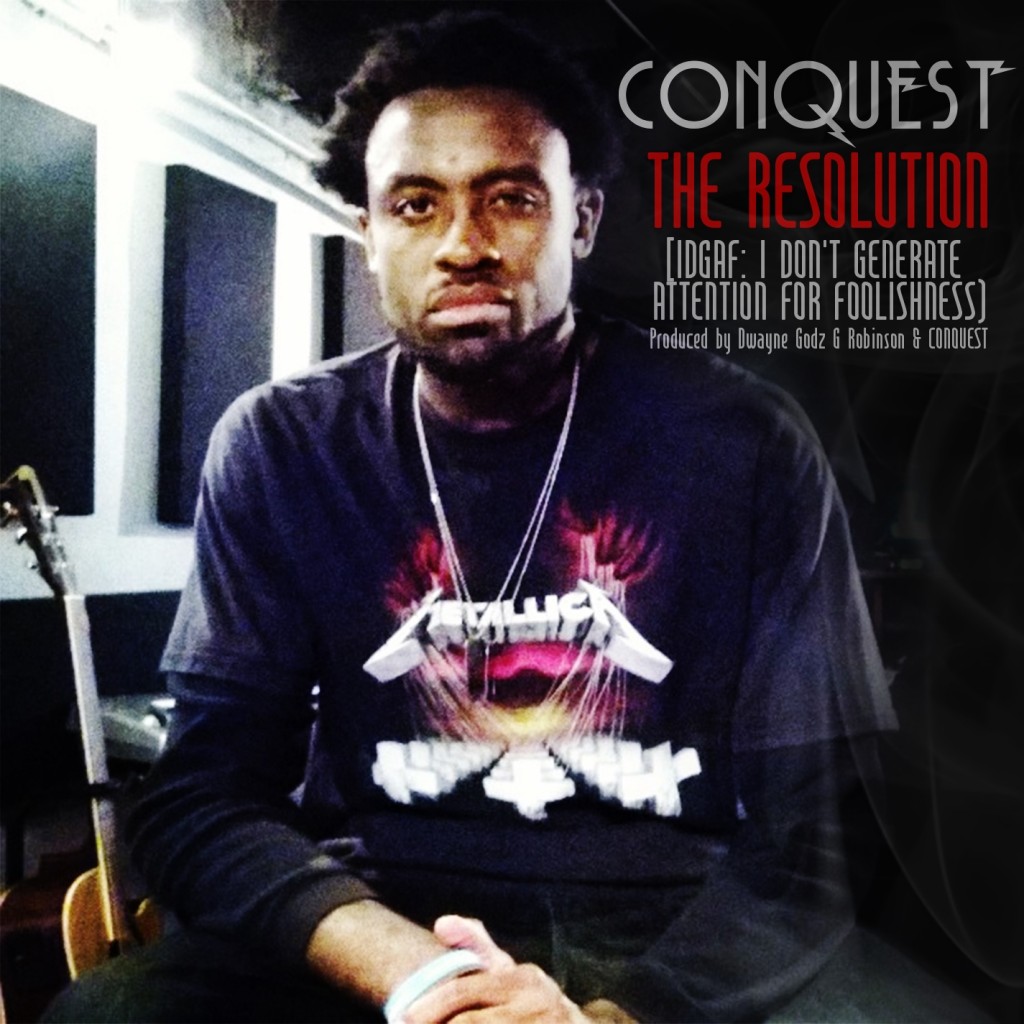 Trinidadian born, Brooklyn based Jason “CONQUEST” Roberts is experiencing a relatively recent ‘radical’ shift in focus with his music. Outside of being an emcee, songwriter & performance artist, Roberts is an accomplished writer (compounding the pressure of writing about him) & dedicated mentor/teacher of inner city youth. As for his music, Conquest is unashamedly not a perfect fit in any sub-genre of hip-hop, CONQUEST has a hybrid artistic approach of sorts. The expected underground/street oriented East Coast production & delivery certainly exist. On top of that however, is a layer of influence derived from an eclectic mix of jazz/soul/rock/metal & even metalcore that places this talented artist into the “miscellaneous” category of the hip hop compendium. The unfortunate reality of this category, is that deserving talent is often overlooked, and when the message is of God’s grace, that’s the type of talent that doesn’t need to get buried.

Shifting to an even greater ‘God first’ agenda in spiritual walk and in the content of his music, CONQUEST seeks to use “The Resolution” to invoke just such a shift in focus from the listener who may have our Savior slightly lower on their priority list. UK producer Godz G’s sonic creativity teams up with CONQUEST’S vocal production to produce a hard hitting bass line, a choral influenced backdrop & an intense vocal presence supporting his high octane story telling.

The accompanying video further drives home the frenetic pace of what CONQUEST seeks to deliver with “The Resolution.” The scenes in the video change at a strobe light’s pace to help deliver imagery of the idolatry, narcissism & all around misguided life journeys that this lyricist is concurrently personally admonishing & warning others of. Throughout “Resolution,” ‘QUEST states “I don’t generate attention for foolishness.” It is probably safe to assume that God would prefer us all to abide by such a mantra.

From start to finish, CONQUEST delivers bar after bar that will make even the most sure footed take a look at their priorities, their focus & “any other thing that God couldn’t care less about.” CONQUEST is also open about the challenge of restraint in pursuing more mainstream attention (and certain level of frustration that “it” hasn’t happened yet). The unfortunate reality is that the RKITECTS, FREESTYLE FAMS & CONQUESTS of the world will likely never outnumber those that settle for producing the easier to market bubble gum watered down music that dominates America’s playlists.

“The Resolution” was released with the intention of becoming a sneak peek of sorts for CONQUEST’S soon to be released album, both in it’s message and methods of delivery. If this ‘buzz’ single is an accurate preview for the upcoming body of work, tune your speakers, get everything cleared off your sub box, and dust off your “thinking cap,” because CONQUEST is going to make your head bob, your body shake, and work out your prefrontal cortex all at the same time.

Buy “The Resolution” on bandcamp, along with other music from CONQUEST, here.