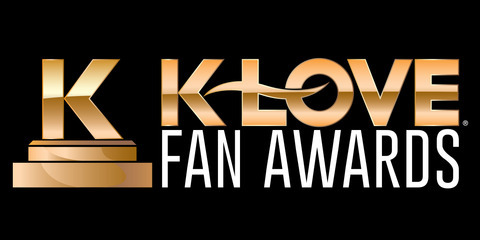 Only a few short days away from the kickoff of the K-LOVE Fan Awards Weekend, World Hope has released their new single, “Hope Can Change Everything” feat. Jeremy Camp, Bart Millard of MercyMe, Matt Maher, Francesca Battistelli, Jamie Grace and Dave Frey of Sidewalk Prophets on iTunes. The song is currently shooting up the iTunes Christian and Gospel Songs Chart, already sitting at No. 3.

Voting for the K-LOVE Fan Awards has already exceeded 1.5 million votes, unlocking three new homes to be built for families in need by World Hope. Voting will end this Saturday, May 31 at Midnight EST. To vote, visit: vote.klovefanawards.com.

K-LOVE FAN AWARDS WEEKEND:
Fans are encouraged to sign up for the exclusive K-LOVE Fan Awards Weekend, which will begin May 30 and run through June 1. With Nashville’s Gaylord Opryland Hotel & Resort as the home base, those who join this Experience will receive tickets to the Awards show, a two-night stay at Opryland, dinner with the K-LOVE staff and friends, a weekend kick-off concert, and access to the K-LOVE Fan Zone, which will include exclusive meet & greets, autograph signings and much more. There are limited spots to the Ultimate Fan Experience and it is slated to sell out. For a full schedule of the weekend, visit: www.klovefanawards.com/schedule-events. The K-LOVE Fan Awards is a John Sanders LLC/World Hope Event.

ABOUT K-LOVE:
K-LOVE plays positive, encouraging contemporary Christian music with a message designed to draw people toward an authentic relationship with God while living out real life in the real world. The radio network has 446 signals in 47 states with an estimated weekly audience of over 13 million. Now with their first-ever Fan Awards, their mission is to create a unique and fun fan experience that celebrates and promotes artists, athletes, authors and entertainers, who, with excellence, engage and impact popular culture for Jesus Christ.