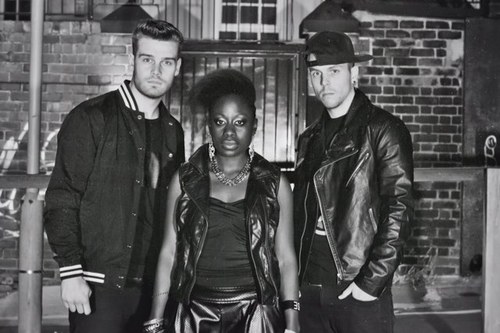 Following their release of Tell The Truth from last August, the Manchester, England group Twelve24 have released Tell The Truth Remix EP for free exclusively from Rapzilla.com. Featuring a few of your favorite tracks from Tell The Truth, remixers Geek Boy, Tim Gosden, Vital Signs, and Cardec Drums expand upon the hip-hop, dubstep, and electro sounds that made the original tracks great, and turn them into epic dance anthems.

Geek Boy kicks off the album with a remix of “Light Up The Night,” and immediately injects the irresistible urge to get down as the intro throws in synth riffs and a hard-hitting hip-hop baseline over Ryan’s pummeling new rap verse. Compared to the original song’s electro-pop essence, the remix douses it in trap and you get delicious tastes of both dubstep and hip-hop rhythms, melodic synth transitions, and great bass drops. Geek Boy also shows a different side to his remix abilities with the track “Oblivion.” The re-imagined track slows down the original’s dub-pop energy and gets funky with fun synth melodies and 90’s house rhythms.

Taking on “All The Way,” Tim Gosden expands upon the original’s electro-pop elements and turns the track into a full-on trance anthem. The mesmeric synth melodies invigorate Josh and Christina’s vocals allowing the track to elevate you into a hypnotic daze. Gosden also takes on another track, “Hurricane,” and takes the dubstep original and laces it with trance melodies and house base rhythms.

Rounding out the album is another remix by Geek Boy, who takes the electro-pop “What A Feeling” original and blends sporadic electro genres with some rousing hip-hop snippets, creating an excellent remix. Starting off slow with calm vocals and a couple of simple synths, you expect a calmer remix. But then the track throws in a breakbeat rhythm and follows with a slow hip-hop bass and snare beat. After a few more rotations of those tempos, you suddenly get a house baseline and all expectations go out the window. It is a random mix of styles, but it is executed splendidly and works out well.

Already great tracks when originally released, the remixes are solid and make them even better. Whether you fancy EDM, dubstep or rap, this EP will get you on your feet and shakin’ it like nobody’s business. Has anybody ever asked you if you can party and and be a Christian at the same time? Take a listen ‘cuz here is your answer!