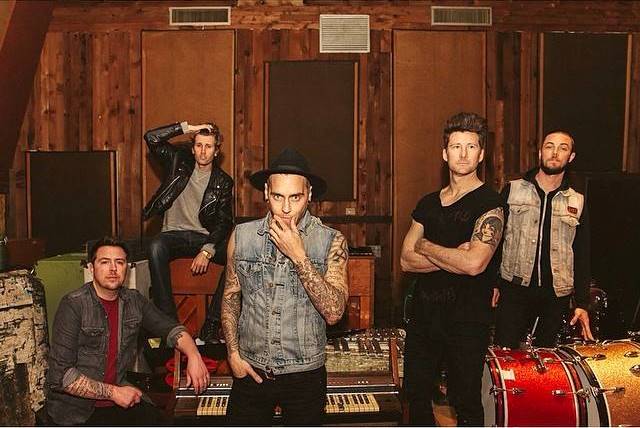 Anberlin have released a new song “Stranger Ways” from their upcoming album “Lowborn.” You can listen to the song premiere exclusively at Billboard:

Anberlin will release their seventh and last album “Lowborn” on June 23rd, 2014. You can pre-order Lowborn at the Tooth & Nail Online Store (links below). Order today because the pre-order includes a special-edition album cover only available as part of this pre-order. Lowborn marks the return of Anberlin to Tooth & Nail Records, closing out their 12 year career on the same label they started with.

Consisting of Stephen Christian (vocals), Joseph Milligan (guitar), Devon Rexroat (bass), Nathan Young (drums), and Christian McAlhaney (guitar), Anberlin formed in central Florida in 2002 and have released six innovative and sincere albums that have affected fans in deeply emotional ways. “Lowborn” reflects true artistic freedom for the band, who felt liberated from any sort of expectation or pressure. “I wanted to enjoy the creative process one more time, with no restrictions, no one breathing down my neck for a single,” Christian says. “Just unadulterated creative freedom.”

Anberlin will be hitting the road this summer as part of the Vans Warped Tour 2014, as well as going on a farewell world tour in the fall. Keep your eyes peeled for the latest tour dates and more by following Anberlin and Tooth & Nail on Twitter, and liking them on Facebook (links below).