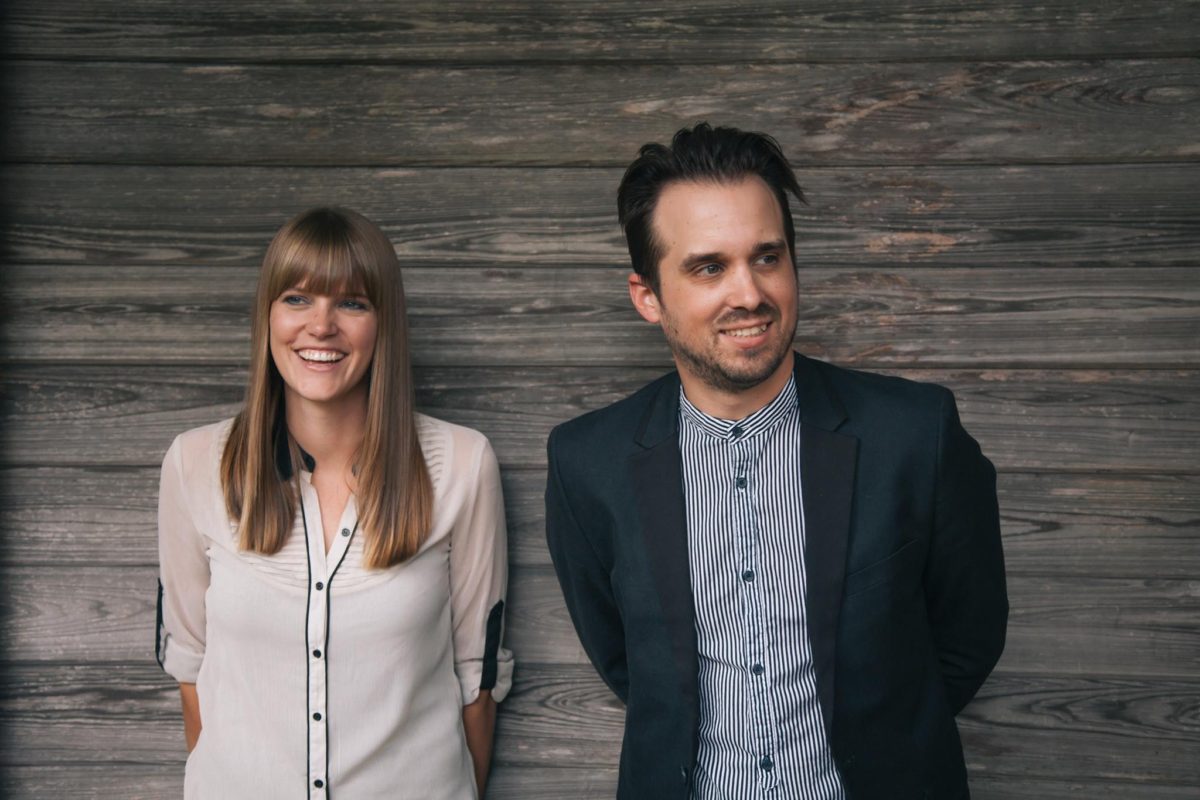 
Integrity Music’s Franklin, TN-based worship duo All Sons & Daughters, composed of David Leonard and Leslie Jordan, released globally their 5-star acclaimed, self-titled studio album May 6.  In its first day at retail, the album launched to No. 1 on the iTunes® Christian/Gospel chart and continues to garner wide critical acclaim.  Entering a new season of leaning into their own musical and lyrical instincts, the duo also taps the talents of several extraordinary songwriters for the album, co-writing with Stu G (Delirious?), Francesca Battestelli, Derek Webb, Leeland and Jack Mooring (Leeland), Jason Ingram and Sandra McCracken.

Produced by Paul Mabury, the resulting joyful, celebratory album includes not only new co-writes, but also songs previously recorded live and now reinterpreted in the studio, such as congregational favorites “Great Are You Lord” and “God With Us.” In these and all the original worship compositions for this eponymous release, Leslie and David continue to pursue authenticity and honesty in the music they make.  Insight into the inspiration for the new album can be seen through a video below, as well as through a video vignette from the duo (also below).

Following a five-star review from Worship Leader, Worship Musician making All Sons & Daughers its July/Aug 2014 Cover Story, CCM featuring them in its June 1 issue, Soul2Soul running a feature interview slated for May 30 – June 1 and Moody Radio tapping the duo as the featured music guest for its national “One Cry Prayer Summit” May 1, numerous other publications have similarly applauded All Sons & Daughters as the critics continue to rave:

“All Sons & Daughters is the worship album of the year… More than just a collection of great songs, this album is a deep meaningful worship experience unlike any other I’ve heard this year. If you feel like many worship albums sound the same and you want to experience a fresh, deep, introspective and completely worshipful album, look no further than this album.” – NewReleaseTuesday.com

“There is something pure, something natural, something incredible about the way they write and deliver their acoustic-folk alternative style of worship that makes them special, and their latest self-titled album is sure to cement their place in the world of modern worship… In a world of ‘What I’m going to do for you Lord’ worship music, All Sons and Daughters keeps their worship focus where it should be, on what God has done for us.” – Worship Musician

“I knew after the first few listens this was going to be one of those classic albums… Strong creative music with clever and beautiful vocals put together in one complete package.” – Louder Than The Music (5-Star review)

“All Sons And Daughters new studio album, containing songs sure to be sung in churches everywhere, is a must listen and a must buy! …Redefining worship music, and adding their own creative spin and flair, reminding us that vertical worship music to God can indeed be creative, unique and different, while at the same time reflective, contemplative, and inspiring to listeners.” – 365 Days of Inspiring Media

“Some music resonates with a certain sense of place and being..worshippers Leslie Jordan and David Leonard draw listeners into a place honest and intimate, the familiar lending power to their heartfelt exaltations.” – Soul-Audio

“The addition of great songwriting partners echoes throughout but this is still AS&D through and through and the hallmarks of what listeners have come to love about this group are there through each and every track as they deliver artistic, honest lyricism alongside inviting acoustic arrangements that equally deliver points of peace and encouragement.” – The Sound Opinion

“AS&D never shies away from tackling subjects such as doubt, brokenness, uncertainty or any other vulnerabilities that most artists dare not admit or tackle. They continue to soar in this territory…this album is beautifully and effortlessly executed.” – The Underground

Taking great care to make music that meets people where they are, finding the pulse of the people in the cities where they play while serving and resourcing musicians and worship leaders, All Sons & Daughters is offering a free, seven-day devotional through YouVersion.  They are also offering a free digital All Sons & Daughters Songbook for all the tracks on the new, self-titled album, which can be downloaded from www.WeAreWorship.com.

Continuing to lead their acclaimed new music alongside their repertoire of audience favorites, All Sons & Daughters heads overseas for their first tour of Europe, hitting the UK for Big Church Day Out (May 25), Glasgow, Scotland (May 31) and Uppsala, Sweden (July 31) amidst several events in the US before starting the fall Neon Steeple tour with Crowder in October.  Last month they wrapped up a 26-city tour with author and guest speaker Jamie George.  George is also a pastor at Journey Church, where David and Leslie serve on staff as worship leaders.

All Sons & Daughters continue to inspire audiences with their acoustic, organic folk aesthetic and lyrics that focus squarely on Jesus while embracing the tension of the Christian walk.  Hailed by fans and critics alike, All Sons & Daughters have released three EPs and two full-length albums featuring songs such as “All The Poor and Powerless,” “Brokenness Aside,” “Great Are You Lord” and “Oh How I Need You.” Their previous full-length project, a CD/DVD titled LIVE, garnered the duo its first Dove Award nominations with nods in the “Praise & Worship Album” and “Long Form Video” categories.

For additional information on All Sons & Daughters, their touring, free chord charts and more, visit http://allsonsanddaughters.com and connect with them further using the links below.

Check out the EPK video below for more information on All Sons & Daughters, and read our teenager’s review of their self-titled album here.

About Integrity Music:
Integrity Music is part of the David C Cook family, a nonprofit global resource provider serving the Church with life-transforming materials. Headquartered in Colorado Springs, Colorado, Integrity is committed to taking songs of substance to the local church and its leaders around the world. Additional information can be found at www.integritymusic.com.