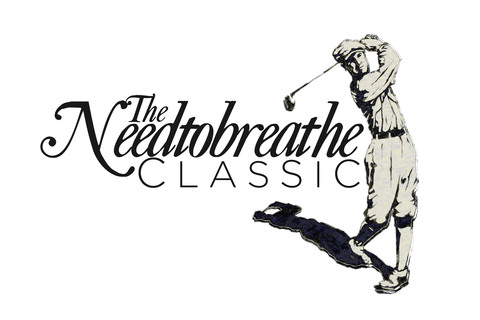 The band raised more than $100,000 for PMI through last year’s tournament and additional fundraising endeavors. PMI is building sustainable medical clinics around the world, including Uganda and Nicaragua, and recently announced plans to expand its efforts into Burundi. The proceeds from the 2013 NEEDTOBREATHE Classic were used to construct a medical clinic in El Viejo, Nicaragua, which was dedicated in January 2014. This year’s tournament proceeds will benefit another East African clinic, with work slated to begin in January 2015.

For registration or sponsorship opportunities, call 843-884-4545. NEEDTOBREATHE and other musicians will perform at an after-party concert for sponsors and players (separate VIP ticket available for purchase with golf registration).

About NEEDTOBREATHE:
NEEDTOBREATHE is an American Rock ‘n’ Roll Band from South Carolina, effortlessly woven from the musical traditions and faith of their upbringing in the Deep South of the United States. Made up of brothers Bear Rinehart (vocals, guitar) and Bo Rinehart (guitar, vocals), as well as Seth Bolt (bass, vocals), the band hit their big break in 2005 when they signed to Atlantic/Lava/Word Records. The career to follow would include four full studio albums, chart-topping cross-genre success, multiple headlining tours and media coverage on CONAN, The Tonight Show with Jay Leno, Late Night with Jimmy Fallon, The Ellen Degeneres Show, Late Show with David Letterman, MTV, FOX and much more. The band’s fifth studio album, Rivers In the Wasteland, is available now.

About Commonwealth Financial Group:
Commonwealth Financial Group is a comprehensive financial services firm based on Daniel Island with a vision to recreate the way financial services are provided and a philosophy that doing the right thing for the client is paramount. With three offices, including Daniel Island, Orangeburg and Raleigh, N.C., the firm brings a values-based approach, offerings clients independent advice through a consultative, team-oriented approach. For more information, call 888-858-5213 or visit www.commonwealthfg.com.

Founded in 2007, Commonwealth Cares Foundation is the charitable arm of Commonwealth Financial Group, a Daniel Island-based financial services firm with a division focused on providing financial planning services to physicians and the medical community.