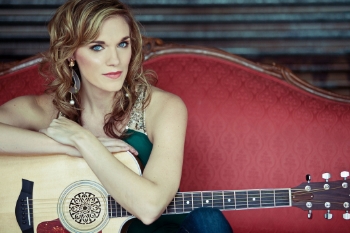 Christian music fans will be delighted to hear singer-songwriter Holly Spears in the new faith-based feature film, Virtuous (JC Films / Tri-Rahn Pictures, LLC), which releases Mother’s Day Weekend. Five of the artist’s songs are featured in the film, including “Where’d You Go.” A music video for the song has just been released, featuring clips from the movie.

The film is part of a nationwide Virtuous Women’s Conference, designed to make the movie come to life as audiences personally hear from the stars of the film. Spears will be hitting the road, performing original songs as well as leading worship at each event. For more information on Virtuous, visit www.virtuousfilm.com.

“I’m so excited to be a part of this film with some of my long time friends and I can’t wait to see what God does during the Virtuous Women’s Tour,” said Spears. “I can imagine it’s going to cause ripple effects for generations to come!”

Spears’ latest album, Audience Of One, is available at all digital retailers including iTunes and Amazon. The 5-song EP from Girl on a Mission Music is the follow-up to her critically acclaimed debut album HEARTACHE TO HOPE, which was released in 2012. For more information on Holly Spears, visit www.hollyspears.com.