BEC Recordings’ is proud to officially announce a new signing to their roster family – David Dunn – with the release of his label debut EP Crystal Clear on July 15. His first radio single from this collection, “Today Is Beautiful,” went for adds at radio last Friday. This week he is introducing his single and visiting radio stations in New Jersey, New York, Baltimore, Washington DC, Grand Rapids and Indiana. Click here to pre-order this album and watch the lyric video for the single.

David Dunn’s debut has been a long time coming as music had always been a hobby of his before he started pursuing it full-time. As a student at Texas Tech University, where he majored in engineering, he was an honors student who moonlighted as a singer/songwriter, playing the local acoustic scene in Lubbock. During his last year at Texas Tech, he recorded his first full-length album before heading to Africa for 13 months of humanitarian and missions work.

After what he describes as “probably the biggest growth period of my life,” David returned to the States with a horrible case of malaria. As David tweaked his sound and continued writing, it became increasingly clear that his engineering degree would remain unused. In addition to appearing on TV’s “The Voice,” his music was gaining traction with audiences in a major way, not always the easiest of feats for an independent artist.

“Two and a half years is a lot of time for me to change as an individual,” David shares. “When I write songs, they are usually about what I’ve been learning. Art is my context for being able to say what’s on my mind, and hopefully, it can help encourage those who are in a similar place in life.”

From a songwriting standpoint, Dunn’s turns of phrase are equally affecting. With his first single “Today is Beautiful,” David provides an intriguing snapshot of humanity that was inspired by a trip to Disney World of all places. While visiting every kid’s idea of paradise with his parents, siblings and a gaggle of nieces and nephews, the outing yielded some surprising revelations.

“Their motto is ‘The Happiest Place on Earth,’” and every kid should just be thrilled to be there, right? My nephew had been having the best time, but between rides, he had a meltdown because his older sister refused to let him push the stroller with my baby nephew in it,” David recalls. “And because she refused, he just couldn’t take it. He threw himself into a state of absolute misery, just bawling his eyes out and causing a scene.”

Later on that afternoon, David couldn’t help making a correlation between his nephew’s random outburst and the average grown up’s behavior whenever life deals an inconvenient card.

“We, as humanity, do the same thing when we’re going on about our lives, and this little problem comes up. It irks us, and we focus on it so much that it becomes this huge ordeal that puts us in a state of misery that we can’t get over,” David shares. “We neglect to just lift our eyes and see that, in reality, we really are living in Disney World. We are in this place where we have a God who loves and cares about us and wants the best for us. If we can view that problem from His point of view, from an outside perspective, we can see it for what it is, just a stroller that our older sister won’t let us push. It might even be an opportunity for growth.” 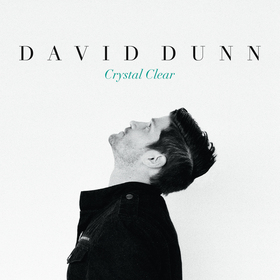 Stay tuned for more to come from this new artist.

You can also watch David Dunn’s music video for “Ready To Be Myself” from 2012 below as well.