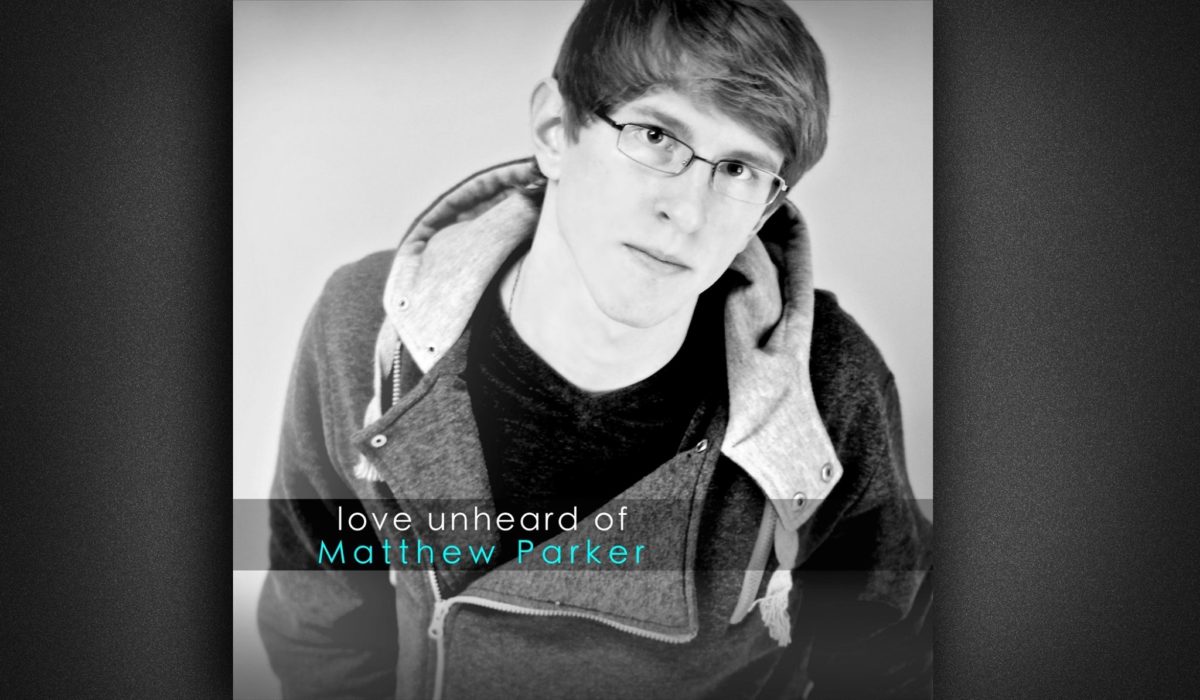 UPDATE: The album is no longer available for free download, but is available for purchase from iTunes and bandcamp (links below).

JesusWired are proud to exclusively announce that for the next THREE HOURS ONLY you can get Matthew Parker‘s brand new Love Unheard Of album for FREE on his website HERE.

The newly signed Dröm Records EDM artist is releasing his last independent album (of previously unreleased music from before 2013) before looking ahead to releasing his long awaited Christian EDM album Shadowlands later this year (release date to be announced shortly). Love Unheard Of is not Matthew Parker’s typical EDM music, but instead is a weird mix of styles similar to TobyMac, Owl City, Group 1 Crew and Michael W. Smith, and can be downloaded for FREE until 6pm EST tonight HERE.

Matthew shares a bit more about what to expect from the album on his website, “Most of you are probably more familiar with my Electronic Dance Music than any of my other music. This album would classify as some of that “other” music. This album is all songs from before 2013, but recently re-mastered and finally released for you. Although the album is a good mix of styles, from Dance anthems (“To God Alone”) to melancholy, deep, orchestral music (“Morning Star”) and the signature Pop sound of “Love Divine,” it’s basically Electronic Pop, with an emphasis on “Pop.” This is probably not what most of you are used to hearing from me, so keep in mind that this is me 2-3 years ago. BUT, all that said….this is actually very good music, I think! I was listening to this and I was like “Wow, this isn’t bad at all, especially for 2 years ago!!” So I hope you will really enjoy it!”

Download Love Unheard Of for FREE until 6pm EST HERE.

As soon as the release date for Shadowlands is announced, we will share it, and our review of Love Unheard Of is coming soon too, so “Get Plugged In!” to us below so you don’t miss those.

Note: if you missed the free download, you can still buy the album at his Bandcamp page or on iTunes.