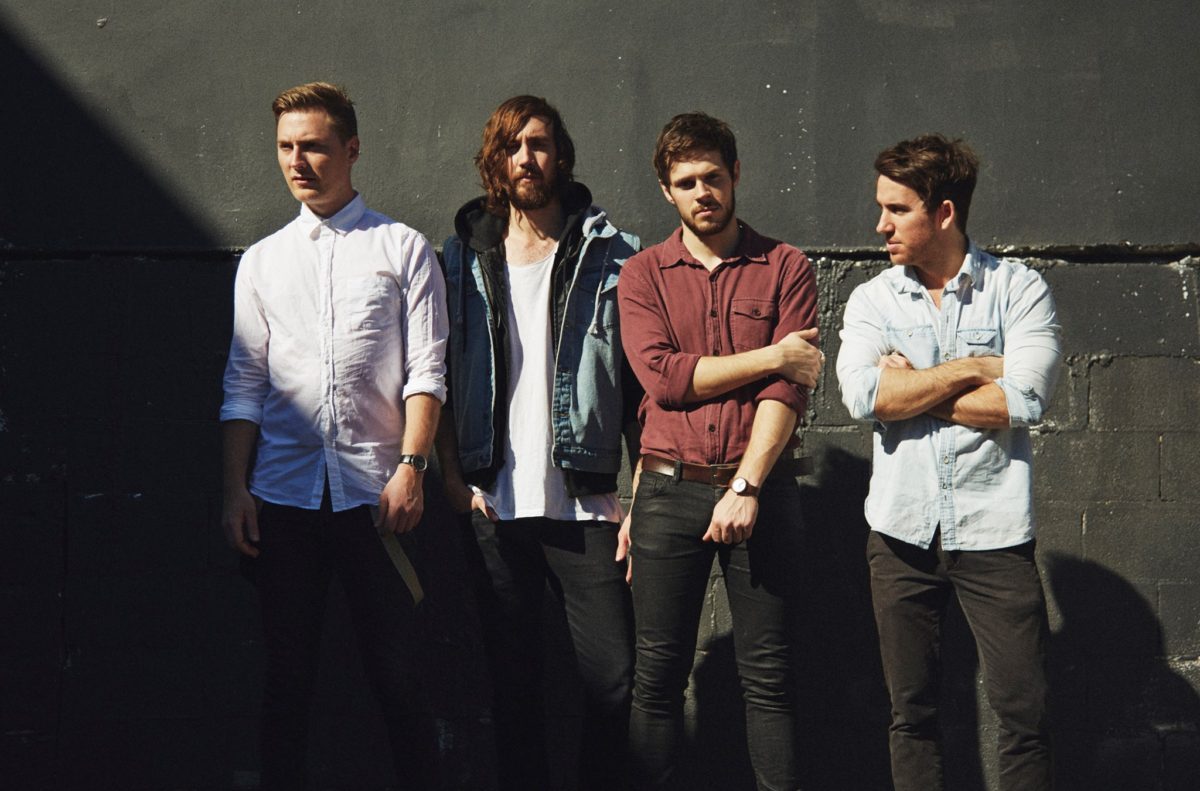 New Empire Shine Bright With New Album “In A Breath”

Sydney based pop/rock outfit New Empire have been engaging the hearts of Australians for years. With two albums under their belt, playing at the Warped Tour and touring with the likes of Owl City and Switchfoot, the steadfast group of friends have made themselves known as worthy contemporaries of some of the most coveted musicians in the world. Comprising of Jeremy Fowler (lead vocal, piano, guitar), Kyle Lane (lead guitar), Nathan Cairns (bass) and Kale Kneale (drums), the release of In A Breath has the quartet firmly launching themselves into the global music market after signing with Tooth & Nail Records.

Opening with “Tale Of Jonah,” the purity of Fowler’s vocals balanced with a soft instrumental welcomes listeners in to the well-known Bible story. As the tempo builds and the chorus introduces the band’s trademark pop/rock sensibilities, listeners are invited to take an introspective look at the state of their own soul. In this, there is a sense the band is more than a stage show; their solid friendships formed in the beachfront town of Cronulla allowing them to work together to form each melody and lyric exquisitely throughout the album. With hauntingly truthful lyrics, the cry, “I once was king of the world…I’m lost without you” establishes the lyrical honesty found throughout In A Breath.

Following with “The Sun Won’t Sleep,” the band deliver a fan favorite, with the strong guitar rift enveloping your senses. Singing, “I want to take you where we can be amazed,” the chorus becomes an anthem as the vocals soar; and the balance of the melody and lyrical vulnerability combine to take you on a journey to this metaphorical place of true life and love. “Relight the Fire” is a stand out track on the album, as the lead single heavily relies on the skilled drumming of Kneale to express a heart-cry to be renewed by Christ. Though the chorus is simple in repetition, the desperation communicated within it makes the song one that will mirror the heart of many listeners. Interweaved with a catchy melody, this track will stay in your head for days for all the right reasons.

The second single “Say It Like You Mean It” has New Empire stretch themselves musically with an electro/pop sound. Establishing himself as a poetic and charismatic song writer in the band’s previous releases, this song sees Fowler branch out lyrically to a place of fantasy as listeners are challenged to speak and live with conviction. The title track “In A Breath,” written after Fowler’s mother passed away, further reveals the outfit’s musical and lyrical development. In a poignant and defining manner, the tribute is simple in lyrics and melody. The raw emotion in the vocals as he grieves saying, “You can drive me back to school, if it means I get to be with you,” followed by the bittersweet cry of “I’ll see you in a breath,” showcases an extreme vulnerability and hope, free of the clichés frequently used by some musicians.

“Wise Fox” takes listeners deeper into the heart of the band, the story of love and loss displaying a technical ability in both the vocal and piano driven melody. Following on with “Fallen Soldiers,” the album picks up its tempo and sees the quartet encapsulate the voice of a generation. The layered melody, driven by a memorable guitar rift, fills your spirit with courage. The anthem of “We are the fallen soldiers, we are coming back for more,” will empower listeners to continue on in their faith walk. “Left Behind” follows in the same vein, the imagery of life as a race met with a strong electro introduction and a musical intensity throughout the track. The addition of a short spoken/rap section enables the listener to put themselves into the narrative and further reveals the growing maturity of the band.

“A Little Braver” pulls the record back to its honest and pure roots, beginning with a more stripped back tone and piano driven verse. Rather than just being a song about heart break, this track is an expression of courage and redemption as Fowler sings, “When it gets dark I get a little brighter now.” “Outshine the Brightest” continues to take listeners to an introspective place, this time reinforcing the message of an individual’s worth, particularly through the use of harmony. Rounding off the album with an acoustic version of “Relight The Fire,” New Empire finish In A Breath with the same musical quality and integrity they opened with.

Aside from wishing there were more new tracks on this album, it is difficult to fault In A Breath. The musical and lyrical growth since their last album Symmetry highlights the enormous potential of the band, their melodies both raw and honest while also filled with hope. Overlayed with the stunning vocals of Fowler, the poetic and truthful lyricism found on all 9 tracks are akin to the quality of Switchfoot’s Jon Foreman.

Preparing for their world tour later this year, New Empire’s In A Breath is a beautiful and powerful collection of tunes revealing a 2 year labour of love and heart ache. New and old fans will embrace In A Breath for its bold introspection, positive message and catchy melodies. In A Breath is released today in Australia/New Zealand and April 29 worldwide so make sure you grab yourself a copy and treat your head and heart to one of Tooth & Nail’s best and brightest, New Empire.

Buy In A Breath:
iTunes | Amazon