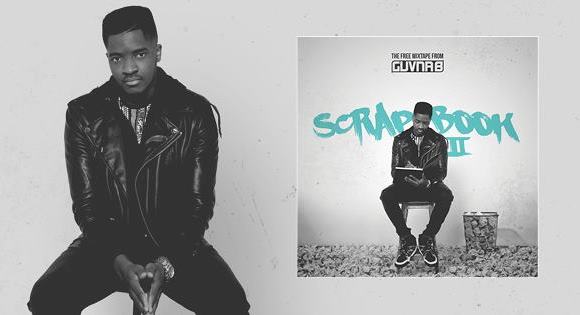 With his fourth album since 2008, and his third in as many years, British hip hop phenomenon Guvna B keeps up his torrid pace of releasing quality music of substance.  Aside from his frequent pace of album releases, Guvna B, known for his song and catchphrase “Allo Mate,” has also found time to introduce a successful clothing line (Allo Mate), acquire multiple degrees, and he’s also won multiple music based awards and been nominated for many more.

As an acknowledged thank you to the fans for making his previous studio album Odd 1 Out a chart topper in both Great Britain’s gospel and mainstream album charts, the recently released Scrapbook II is a free to download mixtape.

Scrapbook II accomplishes the rarely achieved goal of releasing highly entertaining and dance inducing tunes while infusing substance and messages of hope through a relationship with The Almighty. With 17 full length tracks, the album welcomes guest vocals on virtually every song.  There is also an interlude, or testimonial of sorts, from legendary artist/actor Ja Rule.

“We Want More” starts the album out with a club friendly, trance inducing beat and features Remidee of LZ7.  Guvna B and Remidee take turns shrugging shoulders at worldly successes, doubters, and naysayers, choosing instead to pull guidance and energy from the most high. Superstar and well known producer Black Knight assists Guvna B in addressing the highly debated issue of “Christian rapper” vs. “rapper who is a Christian” on the next track “In a Box.”  The track uses a much more urban feeling beat than the initial (and proceeding) trance like techno beat, showing his versatility in production and delivery.

“Royal Flush” and “New Legends (Born To Rise)” both pair Guvna with stellar background vocals from Ari Pen-Smith.  Both tracks also mirror similar themes in addressing the idea of taking control over one’s own life instead of falling victim to your surroundings.  “New Legends” also discusses the responsibility we all share of making the world a better place instead of leaving the task up to others.

The Ja Rule interlude prepares the listener for “Welcome Home” which features a guest spot from GKiD.  “Welcome Home” plays as an open invitation to seek God in the church.  Acknowledging that no one is perfect, the track attempts to dispel the idea that certain people are not worthy of setting foot in the church because of past decisions, or the level of relationship with God.  The laid back beat does a good job of allowing the important message to take the fore front, and is buttoned up nicely by Ja Rule’s close of song testimonial.

Taking on a Caribbean flavor, Shad Stone joins Guvna B on “Chale” (pronounced Cha Lay).  “Chale” is a “get out of your seat and throw your hands up” inducing track that implores praising God above all else, through good times and bad.  Guvna B states at one point “No matter how you want to treat me, it’s cool, I don’t roll with a genie, I’m rolling with real faith…”

“Homeless” returns the listener to the most commonly adopted theme (techno/trance) on Scrapbook II.  Guvna B manages to sneak in a rather deep journey through his growth both in the music scene as well as with his faith.  “I don’t belong here, but its cool because heaven’s where my home is” is the recurring chorus that, along with the rest of the track, seeks to invalidate the common temptations of worldly pursuits.

While Scrapbook II largely consists of more dance friendly hip hop, any fan of quality lyricism should find plenty to enjoy on the free to download album.  While Guvna B is much more well known in Great Britain, his star is only getting brighter, and, as our U.K. based editor has predicted on many an occasion, stateside accolades are sure to be right around the corner.  The great thing about Guvna B is that he doesn’t seem to be motivated by fame and glory here, or more fame and glory in England.  He is simply using his God given talents to entertain and encourage.  He does both quite well on Scrapbook II and, especially considering it’s a free download, Scrapbook II is most certainly a worthwhile addition to your hip-hop collection.