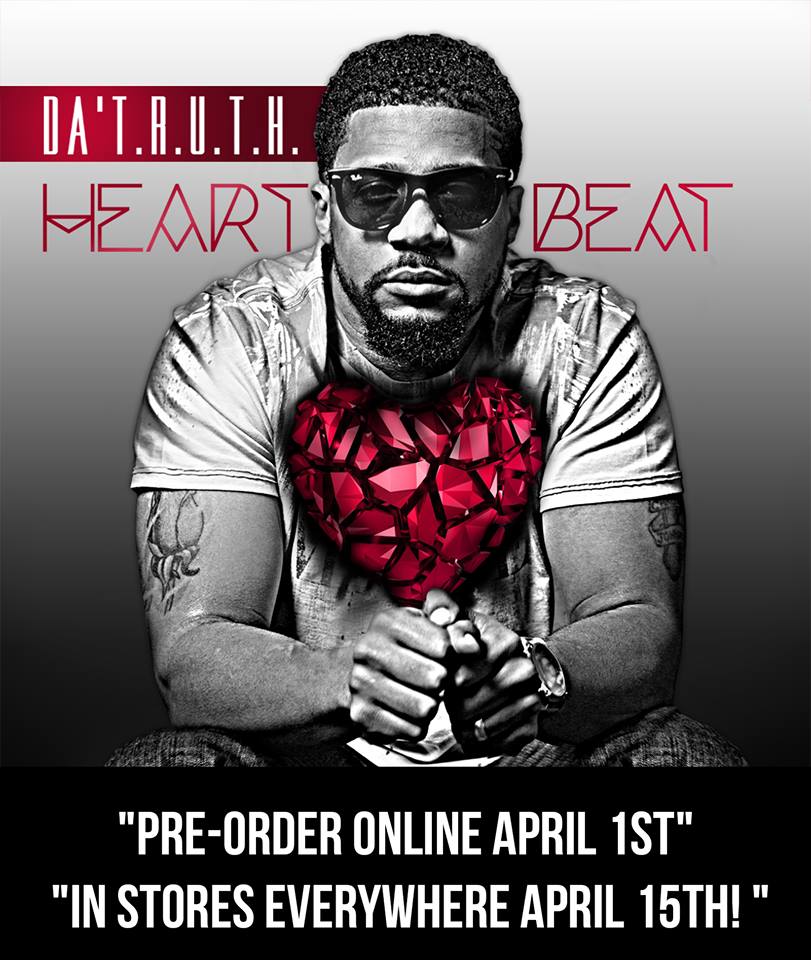 Popular hip-hop artist Da’ T.R.U.T.H. is set to release his 7th studio album, Heartbeat, tomorrow. To prepare for the release of Heartbeat, Da’ T.R.U.T.H. released a music video for the song “Gray” off the record towards the end of last week. The music video, below, has been received well by fans so far and we’d love to hear your thoughts on it in the comments below.

Months after signing a label deal with the independent powerhouse Entertainment One, Da’ T.R.U.T.H. has enlisted Grammy Award winning producer J.R. to produce Heartbeat and he had the following to share on the album, “I originally planned to step away from music until 2015 to focus on Mixed Bag Entertainment, but after almost a year of watching & observing the culture, I realized that I had a few more things that I wanted to share. What started as a 3-5 song EP, became a full length album. This record is fun – it’s experimental, gritty and engaging, and having my longtime friend help me to shape the project makes it that much more enjoyable.

Da’ T.R.U.T.H. shares a little bit more about the purpose behind Heartbeat in the album promo video below, “Truth is, I grew up just like many of you, an inner city kid with a dream, I never thought for a moment that one day I’d make music to change people’s lives, that one day I would be touring the world performing in front of hundreds of thousands of people but all without compromise, my greatest desire is to use music to give people in this life hope. This is my ambition, this is my heartbeat.”

Da’ T.R.U.T.H. also recently released a lyric video for “Loud & Clear” featuring Tedashii and Capital Kings, which can also be seen below.

Heartbeat is the first of many projects that Mixed Bag will be releasing in the coming year, and we will bring you all the latest news, so make sure you “Get Plugged In!” to us below so you don’t miss anything.