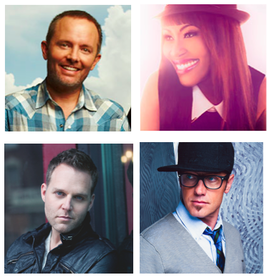 “We are so proud of our artists who were nominated for a Billboard Music Award and for being recognized for such an outstanding year,” says Peter York, President, Capitol CMG Label Group. “We congratulate our Capitol CMG artists and all of their fellow nominees.”

The Billboard Music Awards finalists are based on key fan interactions with music, including album and digital singles sales, radio airplay, touring, streaming and social interactions on Facebook, Twitter, YouTube, VEVO, Spotify as well as other online destinations for music. The awards are based on the reporting period of March 11, 2013 through March 9, 2014.

“Hello, My Name Is” by Matthew West

“Whom Shall I Fear (God Of Angel Armies)” by Chris Tomlin

The complete list of nominees can be found at www.billboard.com/bbma/finalists.