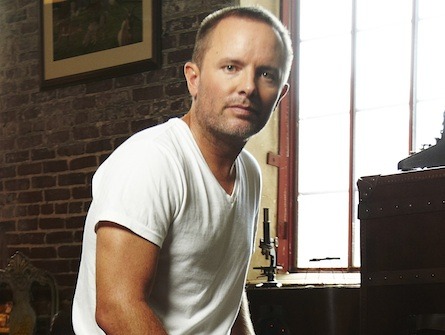 Internationally acclaimed recording artist and worship leader Chris Tomlin has earned three Billboard Music Award (BBMA) nominations, one in each of the three Christian music categories: Artist, Song [“Whom Shall I Fear (God of Angel Armies)”] and Album with Burning Lights, which made history as only the fourth Christian music album to debut at No. 1 on the Billboard 200. The nominations follow Tomlin’s 2012 BBMA nomination for Christian Artist, and wins in 2011 for Top Christian Artist and Song (“Our God”). The awards will be broadcast live from the MGM Grand Garden Arena in Las Vegas on Sunday, May 18, on ABC from 8:00 PM–11:00 PM ET.
Tomlin recently returned from Passion’s Spring 2014 Global Tour, playing before tens of thousands during stops in Abu Dhabi, Hyderabad, Delhi, Singapore and Honolulu.

On April 29, Passion: Take It All will release, featuring music by Tomlin, Matt Redman, Crowder, Christy Nockels, and Kristian Stanfill. The project is following the continued success of last year’s Passion: Let The Future Begin, which debuted at No. 1 atop Christian SoundScan and No. 4 on the Billboard 200. Passion: Take It All was recorded live in Atlanta and Houston earlier this year at Passion 2014, a two-day gathering in both cities attended over 35,000 students representing 46 countries and more than 1,200 universities.

About Chris Tomlin:
With nine albums, 12 No. 1 radio singles, a GRAMMY® Award and eight additional nominations, five Billboard Music Awards, 21 Dove Awards, a platinum and four gold albums to his credit, Chris Tomlin is among the most well-known and influential artists in contemporary Christian music. Referred to by Time magazine as “most likely the most often sung artist anywhere,” Tomlin also has 15 of the Top 100 CCLI songs with 4 of them being in the top 10. ASCAP’s 2007 Songwriter of the Year, Tomlin’s “How Great Is Our God” was his first No. 1 on the CCLI Top 25, moving to No. 1 after becoming one of the fasting rising modern day hymns in CCLI chart history. In addition to having sold more than 4.2 million albums and over 6 million digital tracks, Tomlin made history as his single “Jesus Messiah” (Hello Love) garnered 97 adds at radio its first week and skyrocketed to No. 1, making it the biggest ever add date in Christian radio history. In the midst of his record breaking success, and continuing his role as worship leader at Passion City Church in Atlanta, GA, Tomlin continues touring and leading at Passion Conference gatherings across the US and worldwide. His ninth studio album, Burning Lights, debuted at No. 1 atop the Billboard 200, making history as only the fourth Christian music album to do so.