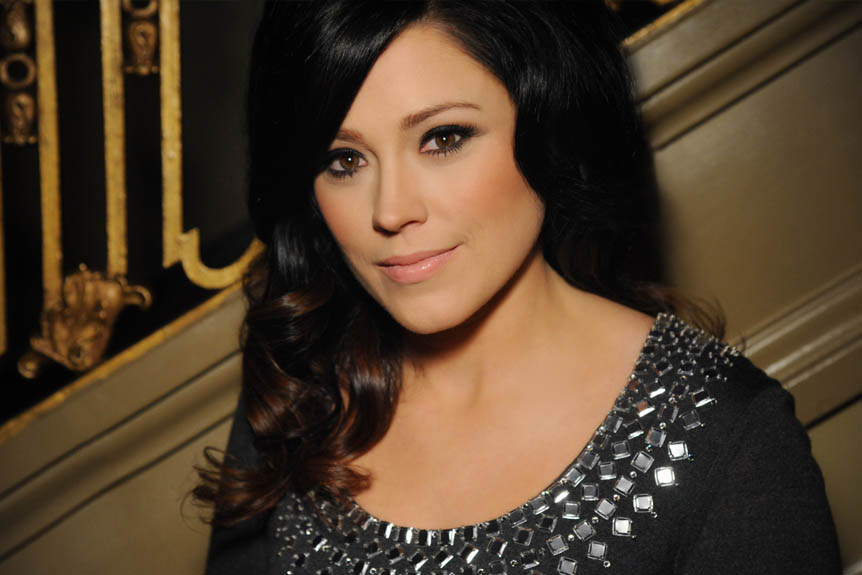 Last week Grammy-nominated worship leader Kari Jobe celebrates the release of her new album and DVD, Majestic (Capitol CMG). This all-new album, recorded live at the historic Majestic Theatre in Dallas, TX, is resonating with fans as it climbed to No. 4 last week on iTunes Overall Albums and No. 1 on iTunes Christian & Gospel charts. Majestic is also Jobe’s first-ever full-length live concert DVD. The DVD is also a part of the physical deluxe edition of Majestic featuring bonus songs in addition to the full concert footage.

In support of her release, Jobe has been on the road the past month performing to near capacity crowds as well as four sold-out dates in New York City, Birmingham, Raleigh/Durham and Toronto, Ontario Canada. The “Majestic Tour” features special guests Rend Collective and continues through April 8th. She also has international dates coming up this May visiting her large fanbase in South America.

Here’s what media are saying about Majestic:

“Recorded live at the historic Majestic Theatre (how apropos) in her hometown of Dallas, Texas, Majestic is at once overwhelming and intimate; it creates space for the Spirit to dwell and it fills all the sonic landscape with music that supports the prayers of the people. This is easily Kari Jobe’s best release, raising her level of artistry to a higher plane.” – Worship Leader

“From the opening strands, it’s clear that Majestic is not just an album; it’s an experience. And Kari Jobe is not just a vocalist; she’s a messenger, conveying powerful truths that supersede her crystalline vocals and the band’s precision.” – CCM Magazine

“There’s a tenderness to her singing that really conveys a deep love for the savior.” – The Church Collective

“Here she is Kari Jobe the worship leader, rather than the recording artist. She is spontaneous and free, enjoying each moment and encouraging those with her to join in worshipping and magnifying Jesus.” – All About Worship

“You can hear the genuineness in her voice, the passion with which she believes the words she is singing, and even how much fun she is having at times throughout the show.” – Hollywood Jesus

About Kari Jobe:
After being established as a well-respected worship leader with her Dove Award-winning, self-titled debut, Kari Jobe released her follow-up album, Where I Find You, which earned Jobe her first GRAMMY nomination. The project released with chart topping street week numbers at No. 1 and No. 10 on Billboard’s National Christian, Gospel and Top 200 Charts. The album also received much praise from a wide range of media outlets from Worship Leader to New York Times. Jobe has toured on the largely popular Winter Jam Tour Spectacular, Chris Tomlin’s “Burning Lights” tour, the Hillsong Conferences (Sydney and London), Passion Conference, Women of Faith events as well as headlined her own tours.

About Majestic:
Jobe’s third album reveals a collection of simple, congregational-friendly tracks that she hopes will become new anthems for a generation hungry for God to move in a fresh way. For the writing of Majestic, Jobe reached out to like-minded worship leaders who share her passion for writing songs for the Church and who have become personal friends through their common vision. The result is an album that boasts co-writes from some of the most admired songwriters around the globe, including Matt Redman, Chris Tomlin, Brian Johnson, Jason Ingram, Paul Baloche, Reuben Morgan, Marty Sampson, Mia Fieldes, Jenn Johnson and Christa Black Gifford, in addition to several co-writes with her band. Many of the album’s 13 tracks have as many as eight writers on one song, revealing Jobe’s heartbeat for community.