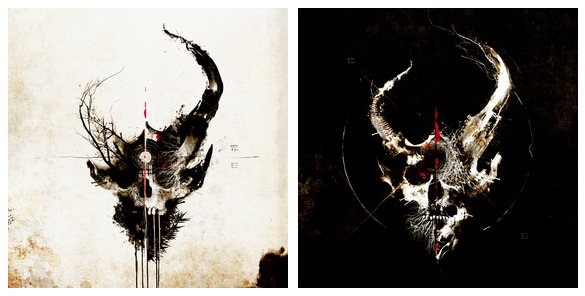 Extremist (Solid State Records), the highly anticipated seventh studio album from legendary hard rockers Demon Hunter, debuted this week at an impressive No. 16 on the Billboard 200. The Top 20 debut represents the highest chart debut in the band’s already storied career, surpassing its previous best set by the No. 36 debut of Demon Hunter’s 2012 album True Defiance. In addition, Extremist debuted at No. 2 on the Christian Albums Chart, No. 2 on the Hard Rock Chart, No. 2 on the Independent Albums Chart and No. 23 on the Digital Albums chart.

“We’re extremely appreciative of the support from our die-hard fans,” says Demon Hunter frontman Ryan Clark. “We can’t thank you enough for continuing to encourage us 13 years into this band. And to the new fans – thank you as well! Welcome to the family! Also, a special ‘thank you’ to everyone that worked hard to make this record what it is. We’re so proud of it, and so humbled to know it’s appreciated.”

Extremist features Clark (vocals) alongside longtime members Patrick Judge (lead guitar since 2009), Jonathan Dunn (bass since 2002), Tim “Yogi” Watts (drums since 2004) and Jeremiah Scott (rhythm guitar since 2011), who brought his producer talents to the table as well. Longtime producer Aaron Sprinkle (Anberlin) was still involved, but Scott took on the majority of the production work.

Not only does Extremist plow into new sonic territories, but it stretches Demon Hunter technically – no small feat, as anyone familiar with the band’s celebrated catalogue can attest. The album boasts the pummeling metal and melodic balladry fans have come to expect. Songs like “I Will Fail You,” “Hell Don’t Need Me” and “Gasoline” explore the spaces in between, resulting in a new creative nadir for the band.


You can read Topher P.’s review of the record here.

You can read Justin Croteau’s interview with Ryan Clark here.

About DEMON HUNTER:
DEMON HUNTER has grown beyond the boundaries of a traditional rock band to become something of incalculable value, profound meaning, and steadfast purpose to the people worldwide whose dedication to their music, artwork and vision is beyond compare. The band has toured North America, South America, Europe and Australia, handpicking opening acts like August Burns Red, Haste The Day, Bleeding Through, Cancer Bats and Living Sacrifice over the years. They’ve headlined the annual Scream The Prayer Tour and in 2013, toured the US and Canada as direct support to In Flames.
FEATURED VIDEO
Lacey Sturm - Awaken
Get your video featured here