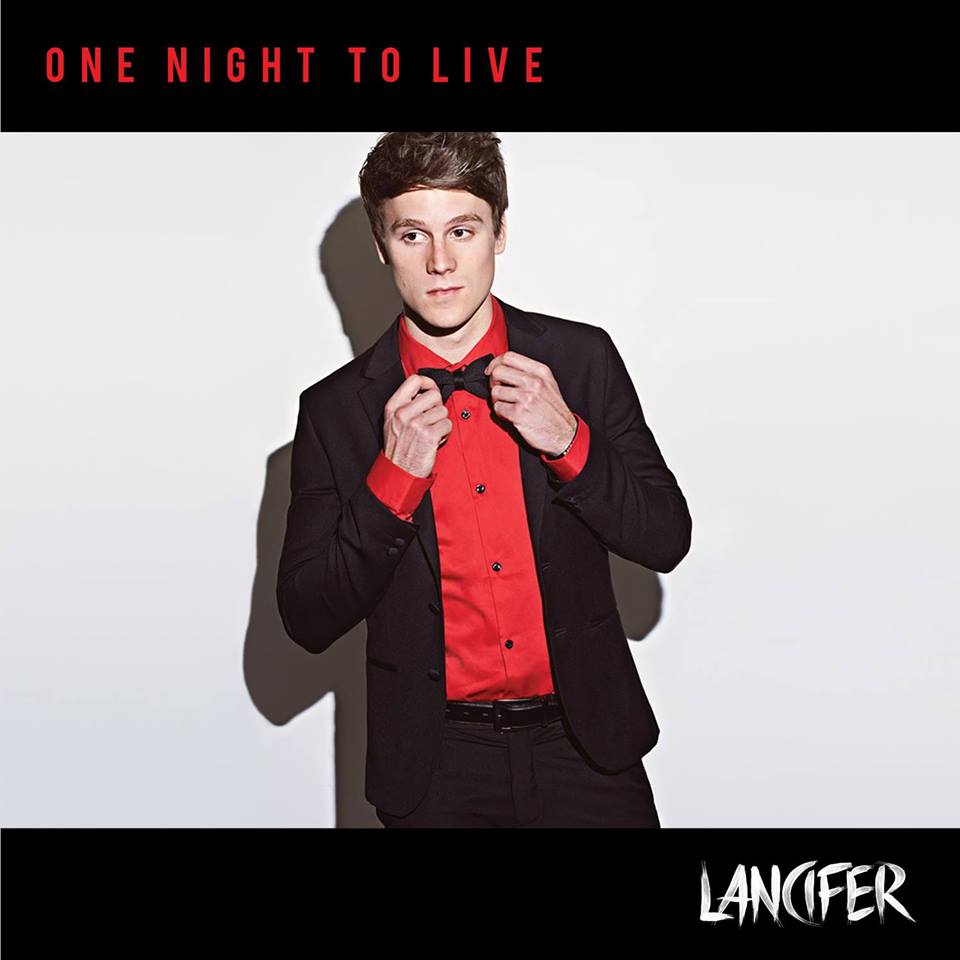 Lancifer Pumps Up The Party With New Album

Lancifer is a 21 year-old solo pop/crunk artist from Sheridan, WY. He grew up as a drummer playing jazz and screamo music and he’s now a part of an electronica- pop style, which is a style I love! I think it is a lot of fun to listen to, and since getting my first djing system, I’ve become even more intrigued with it!

At the start of March, Lancifer came out with his debut full length album called One Night To Live and I just got to hear it. I am genuinely interested in Lancifer, and I am excited to share with you an insight on his music!

To start off his album, he had a fun little intro. I like when artists add these because it shows out a little bit of their style. In this case, it was a vague and top-secret type of introduction that gave it a vibe similar to the one you get from his “Bring the Bass” music video.

“One Night To Live” is the first song off his album, and it is a fresh, upbeat song. Similar to Capital Kings’ music, Lancifer is a lot of fun to listen to. He really shows his style off in this song. Plus, it’s interesting to think about what you’d do if you only had one more night to live! Super fun, and a great dance party song!

“Under The Moon” and “Right Place Right Time” were close stylistically. I liked the mood of the songs – they are slower, but they have great sounds behind them the whole time. I admired the way that the sounds behind songs on the entire album were so consistent the whole time.

“Bring Your Bass” was also a dance party song, and I had fun jamming out to it. It’s undeniably fun, and the sounds in the song are SO GREAT! I think it’s interesting how he interpreted the song in the music video. If you have a chance, grab a friend who likes to dance and turn this on!

“Not Growing Up” is another fun one on the project. He had two guests (Sam Pepper & Kidforce) who added a great atmosphere to it, in my opinion. They talk about having fun together, doing all of the fun things boys do – Nerf wars, staying up, “hardcore parkour.” To all the boys out there, you may be able to relate to this one – check it out!

“Rooftops In Amsterdam” was one that Lancifer obviously had some fun with. He did some rapping, and even added his own pronunciation of the word “Amsterdam.” I had a blast dancing – or at least pretending like I could dance to this! I think it’s a good song – or album in general – to have a little party to.

He ended it with a song called “Midnight” about a dance party with everyone – poor or rich – that meets at Midnight. He ended the album stylistically in the same vain as he began it with, which I liked.

Overall, I did like Lancifer’s album – he presented Christ in a unique way, but some of the lyrics were not the most Christian as that’s not his style. Although that may be a deal-breaker for some, I still think he rocked his style, and I enjoyed being able to hear what he has put out. He seems pretty cool, and I look forward to seeing what other music he puts out!