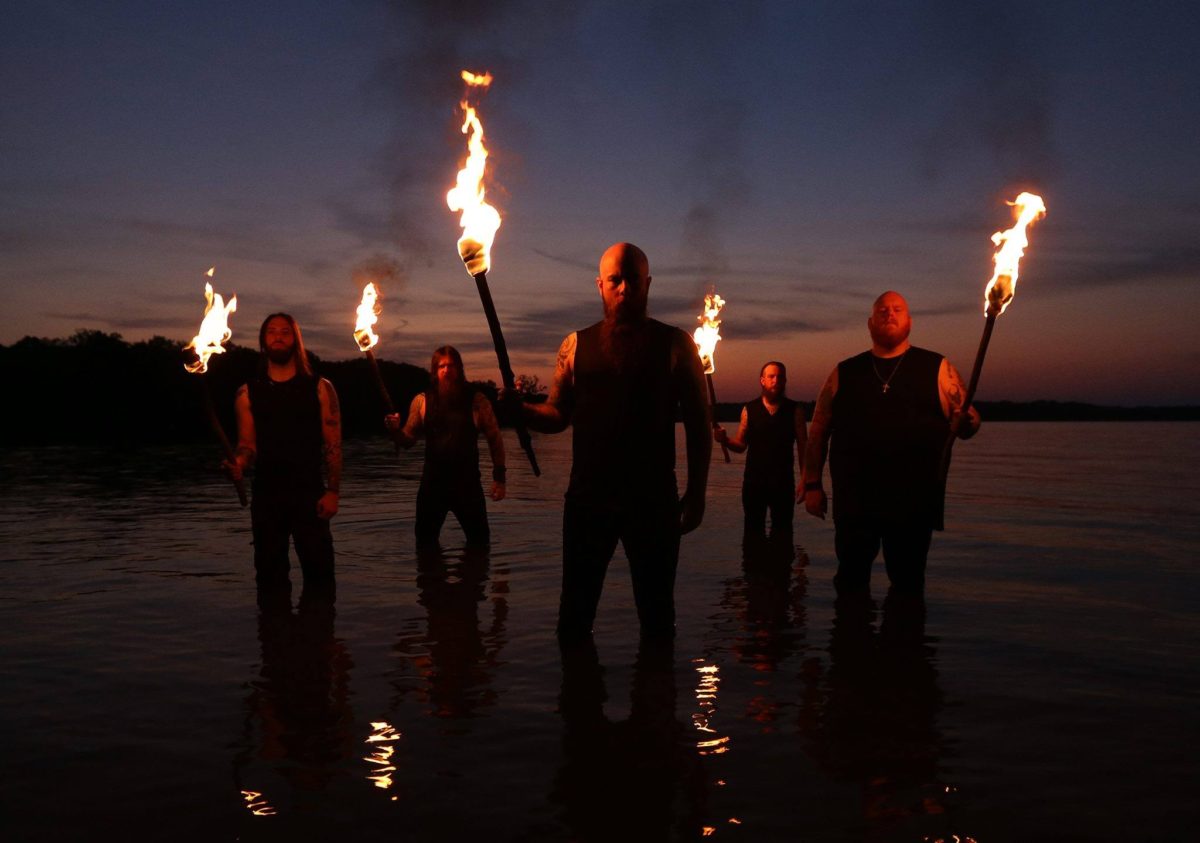 An Interview With Demon Hunter About Their New Record “Extremist”

One week ago, Demon Hunter released their seventh studio album Extremist and just prior to its release I had the pleasure of chatting with lead singer Ryan Clark about it…

[JW] It’s getting close, and everyone is wondering, what else is coming on Extremist? It’s been kept a pretty big mystery thus far, care to break away a little more of that veil?

Well, aside from going into detail about each song, I can say that it’s a very mature record for us. It spans a lot of territory – so it’s anything but a one-dimensional record, and I hope that’s appreciated. The good thing is that it’s 12 songs (14 on the deluxe)… no filler… no instrumentals… so there’s a lot of varying material.

[JW] Thus far, out of the three singles released, the new music has been pretty slow. Would you say we can expect the rest of the album to be heavier, or is what we’ve heard so far the new path Demon Hunter is taking?

By ‘slow,’ I guess you mean not heavy… as opposed to slow paced. Like every Demon Hunter record, there are a variety of styles happening on Extremist. Usually, the first few songs that we release show as much of that variety as possible. With that said, there are a bunch of songs that are just as heavy as “Artificial Light,” if not heavier. There are a few songs that are melodic and moody like “I Will Fail You.” And there are also songs that fit somewhere in the middle… the way that “The Last One Alive” does. If you compare these songs to some of our material in the past, say… “God Forsaken,” “Dead Flowers” and “Fading Away,” respectively, then you’ll see that it’s not necessarily new ground… I think the important factor is that they’re hopefully better… more mature… catchier… more interesting… creative… thought-provoking.

[JW] Seven albums in man, that’s got to feel pretty great. With that said though, was it challenging coming up with new material for this release compared to the previous Demon Hunter material?

There are a few challenges for sure. It can be hard to find subjects to write about that you haven’t tackled already… but the best thing is to just let things come to you naturally.

I tend to be overflowing with ideas… in many aspects, whether that’s music, artwork, writing… my brain is always trying to flesh out new ideas. It’s almost hard to keep up with. I have to pick and choose the things I want to focus on. So with that said, coming up with new material has never really felt like pulling teeth to me. It’s more a matter of being open to the ideas whenever they come. My trick is recording ideas, or writing them down in my phone, whenever they hit.

[JW] You’ve been talking a lot about influences recently, what influences did you go into writing Extremist with?

Nothing new really. The influences we had during the first few records are likely the same influences that inform what we’re still doing. That’s the thing about Demon Hunter… we don’t really look to expand our influences. At this point, we just try to hone what we’ve got. We have a pretty clear-cut vision of who we are as a band… and the key is just to keep that interesting and fresh. More often than not, we’re looking at our own previous material thinking, “how are we going to top this stuff… in every regard?”

[JW] Guest spots, be it vocalists or any other appearance, have been really popular recently in the genre. Can we expect any guest appearances on Extremist?

None. It’s been something that we’ve done quite a bit of in the past, but unless we have a great vision for it, we’re not going to force it. This time around, it just wasn’t something we felt that we needed.

[JW] With new records come supporting tours, right? What can expect in terms of touring going into the summer time with Demon Hunter?

There’s nothing on the books at the moment. We tend to fly by the seat of our pants when it comes to touring. Things are starting to take shape though, so stay tuned…

Tours. Festivals are fun, but it’s usually a lot of work for one show. It’s nice to play night after night, and feel like you’re getting better and better each time. Plus I like to play indoors… in the dark. As opposed to outside in the sun.

[JW] The group has toured with some fantastic acts in the past, what group would Demon Hunter like to tour with that they haven’t thus far that’s still in the game?

We’ve always been big fans of Soilwork, so I’d love to see that tour at some point.

[JW] Lastly, after almost 15 years as frontman for the group, looking at all the band’s been through, if you had to describe Demon Hunter as a whole to someone who has never heard the group before what would you tell them?

[JW] Thank you very much Ryan for taking the time for this interview, I’ve sure learned a lot from it and I hope our readers will have gained some valuable insight into the new record, and so on. We wish Demon Hunter all the best with Extremist, God bless,

No problem, and thank you for helping promote the new record, it’s much appreciated and we also wish you all the best with JesusWired and its growth. God bless you all,

You can read Topher P.’s review of the record here.