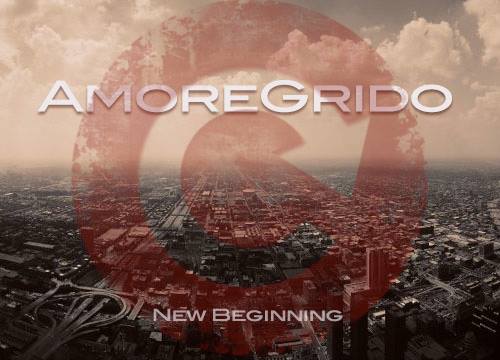 AmoreGrido, a collective of 12 musicians ranging in ages from 16 to 50 from Warrington, United Kingdom, currently has a kickstarter campaign to raise the money needed to fund their debut album which is expected to be released some time this summer. They still need to raise £395 (roughly $652) of their original target of £2000 ($3299.00)with 11 days left to do it in,so, if you want to help AmoreGrido reach their goal, you can head on over to the campaign page by clicking the link below and help them raise the necessary funds by backing and pre-ordering their debut album.

In the description on the campaign page, Jonathan from AmoreGrido shares a bit about the band and their debut album, “For the past 5 years, I’ve had the pleasure of playing with a growing collection of musicians from our church. For all those years we have been doing covers of other people’s music in various places. So we decided it’s time for our new beginning. Our first album ‘New Beginning’ will be an 8 track project that focuses on the heart of God’s grace.” To find out more about the album, the campaign and to sample what the album will sound like, be sure to read the full campaign description and watch the accompanying video.

You really don’t want to miss this wonderful opportunity to back this project and for doing so you can receive some pretty sweet rewards in return – For example, for just £10 ($16.50), you could receive a digital download of the new album a week before general release.

As well as backing the project, be sure to spread the word about this campaign to all of your friends by sharing this article through all of your social networks.