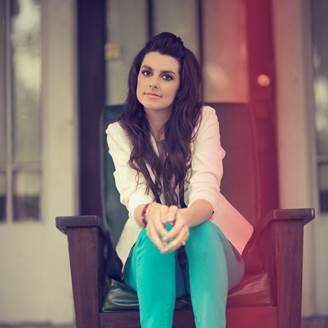 Word Worship recording artist Meredith Andrews’ latest single “Open Up The Heavens,” impacting radio on March 7, attracted early attention with 25 stations adding it in its first week. The track, co-written by Andrews, Stu Garrard, Jason Ingram, James McDonald and Andi Rozier, marks the fourth release from her Dove Awards-nominated album Worth It All. This spring, the two-time Dove Award winner will embark on “The Bible: SON OF GOD Tour 2014,” slated to hit 17 cities from March 20-April 13. The two-hour live event, a joint partnership between Word Entertainment and LightWorkers Media (Mark Burnett and Roma Downey), brings the feature film “Son of God” and epic mini-series “The Bible” to life in sight and sound with award-winning artists Francesca Battistelli, Sidewalk Prophets, Natalie Grant, Chris August and Jason Gray. In 2014, Andrews is also engaged to perform and lead worship at national conferences including all 2014 National Worship Leader Conferences, the Evangelical Press Association conference, MOP’s (Mothers of Preschoolers) MOMcon and multiple national women’s events.

“‘Open Up The Heavens’ is a song that we at our church open up the service with and just say ‘God have your way. Do what you want to do here and show us your glory,’” said Andrews on her latest offering to radio, a song that’s been impacting church services since its inception in December 2011. “My pastor, James MacDonald, did a sermon series talking about the glory of God and how we were made for that. Sometimes we just get distracted when really it’s about seeking the Lord, seeing the arms of the Lord and then running after Him and wanting more of Him and His glory. ‘Lord show us your glory’ is a big theme in our church and it is a prayer in my own heart as well.”

“Open Up The Heavens” has critics raving with NewReleaseTuesday’s Kevin Davis, who selected Andrews’ latest album as his top worship album of 2013 noting “[Open Up The Heavens] beautifully set[s] the tone for this 5 star masterpiece with her signature powerful vocals and worship filled lyrics.” JesusFreakHideout follows step adding “One listen to ‘Open Up The Heavens’ … is enough to lodge the chorus in the listener’s mind. The lyrics themselves… are well thought-out and Christ-centric, honoring God’s steadfastness.”

Worship leader Meredith Andrews is passionate about boldly leading people into God’s presence. Over the course of her three Word Worship albums, the Dove Award-winning artist has been using her musical gifts – and love for God, and her huge heart for His people – to teach and remind us all about the enormity of our awesome and loving Savior. Andrews, who is also on staff at Harvest Bible Chapel in Chicago, focuses on creating music that lifts the body of Christ to a closer relationship with the Lord. Meredith’s latest album, Worth It All, features the worship songs “Open Up The Heavens,” “Not For A Moment,” and “Strong God.” On a regular basis, Andrews leads worship at major women’s and/or worship leader conferences across the U.S., and has toured with Matt Maher, Natalie Grant, Big Daddy Weave, for KING & COUNTRY, Vertical Church, Phil Wickham, and Michael W. Smith, among others. In March 2014, she will join Francesca Battistelli, Sidewalk Prophets, Natalie Grant, Chris August and Jason Gray for “The Bible: Son of God Tour 2014.” For additional information, please visit www.meredithandrews.com.