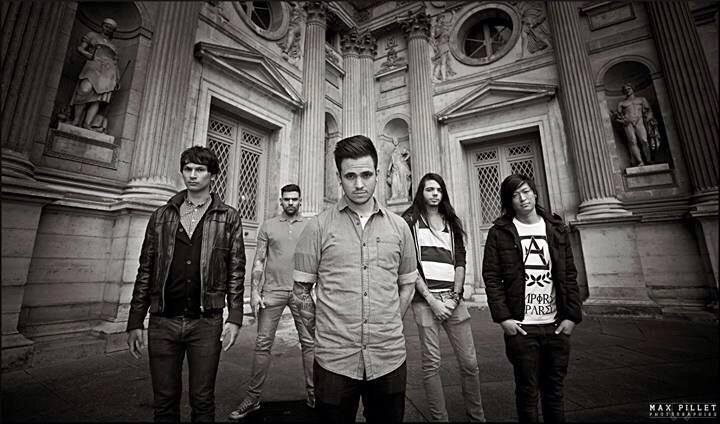 French Post-Hardcore/Alternative band Merge released their full length debut on Red Cord Records on Tuesday. Since releasing their first EP Transmission in March of 2012, the five piece band has added great diversity and complexion in their new record Elysion.

“After our 1st EP “Transmission”, we really took the time to figure out which way we wanted to take for our full length, which genre, which sound. We wanted something coherent, that tells a story from beginning to end but we also mixed a lot of different influences and took some risks in “Elysion” and this is what makes this CD a perfect reflection of us five.” -Anthony, vocalist

The album is now available on iTunes and for physical copies, cd bundles head over to Merge’s online store. Hear the band’s latest single “Us Against Our Cities” below.