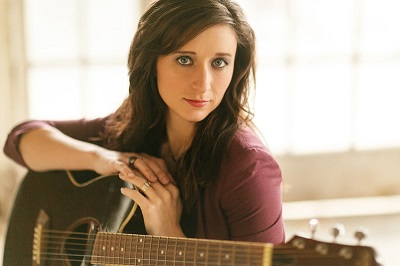 Singer/songwriter Eva Kroon Pike will make her debut Saturday at the Winter Jam 2014 Tour Spectacular when the world’s largest annual tour comes to Atlanta’s Georgia Dome. Pike will share the event’s lineup with Christian music heavyweights Newsboys, Lecrae, Plumb, Tenth Avenue North, Newsong and others. Nick Hall will speak and David Crowder will be a special guest. Pike is being featured as the tour’s “New Artist” on the Atlanta stage.

“I’m almost speechless at the honor of being a part of Winter Jam,” Pike says. “I am completely overwhelmed at this God-sized opportunity and I am grateful to share the stage with some of Christian music’s top acts and to participate in the ministry of this amazing tour. It’s all such a blessing to me!”

Pike is currently promoting her EP, Love Is All About You, produced by six-time Dove Award winner Don Koch (producer for Avalon, 4HIM, and many others; songwriter credits include classics “In Christ Alone,” “Adonai” and “Mercy Said No”). Her current single and music video, “Grace That Chose Me,” has been featured at various events, including the Florida Baptist Convention. Pike, who has experienced firsthand the blessings of being adopted into a loving Christian home, is an outspoken advocate for adoption. She has partnered with the Florida Baptist Children’s Home, a Christ-centered organization that provides services for abused, neglected, and orphaned children, where she helps to promote the organization’s adoption and other ministry services to hurting children and families.

Since its formation by NewSong in 1995 with a single concert in Greenville, S.C., the Winter Jam Tour Spectacular has featured many of the top names in Christian music, including TobyMac, Third Day, Newsboys, Steven Curtis Chapman, Skillet, and more. The tour has outpaced any other tour’s attendance for the past three years (according to Pollstar, 1st Qtr.). The 2014 tour will stop in 48 cities.

When NewSong began the Winter Jam, it was based on the idea of removing cost barriers, so more people could attend, be encouraged by the music, and hear the Gospel. Years later, those are still the foundations of Winter Jam, with all dates costing $10 at the door.

For more information about Love Is All About You and Pike, visit evakroonpike.com.

About Eva Kroon Pike:
Pike and her husband, Jonny, live in Central Florida with their two young sons. “Music is my passion,” says Eva Kroon Pike, who has been singing since age 3 and also plays the flute, guitar and keyboard. During her career, Pike has performed in front of thousands of people and has shared the stage with the likes of Anne Graham Lotz, Mark Harris, Babbie Mason and, most recently, Third Day. Pike’s ministry, she says, is about “spreading the Gospel, one song at a time.” In her testimony, Pike shares her confidence that God has a plan for her life and He chose, through her adoption as an infant, a very special family for her to grow up in to learn life’s lessons. Her ministry is to point people to her loving Father who sent His Son to die so that everyone who believes in Him will live eternally. Pike states in her adoption song, “So, if I’m anything close to what I’m meant to be, I owe it to the hands of Grace that chose me.

Her current EP, Love Is All About You, produced by veteran Christian music industry producer and songwriter Don Koch, was released in 2013. It is the singer/songwriter’s fourth recording project.