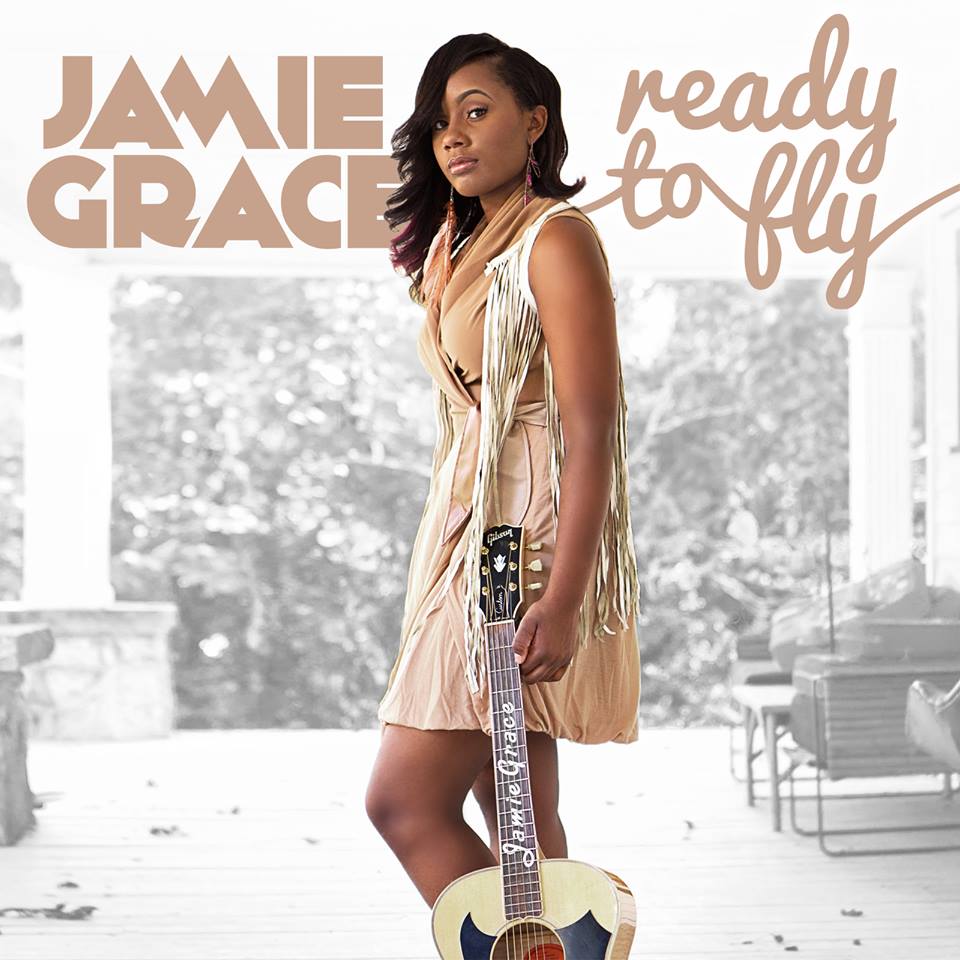 Grammy nominee and Best New Artist Dove Award winner Jamie Grace is celebrating an impressive street week performance for her album Ready To Fly which released last week. The sophomore effort more than doubled the performance of her debut record, Hold Me, and was declared a “coming of age record…preparing to do life cranked all the way up to eleven” by Worship Leader Magazine.

Media outlets and personalities are buzzing about the new record. Sherri Shepherd, co-host of ABC’s The View, tweeted a shoutout to Jamie Grace and her new album Ready To Fly earlier this week, calling her the “real deal.”

Jamie’s segment with 700 Club Interactive aired last week on ABC Family to viewers across the country. After performing a bit from her humbling track “Little Ol’ Me,” Jamie Grace chronicled the physical and mental conditions she’s endured on the way to becoming a Grammy-nominated artist, including her battle with Tourette syndrome, OCD and anxiety. To watch the segment, visit: http://www.cbn.com/tv/3113198817001.

Jamie continues to thrill audiences as a part of the ever popular “The Roadshow 2014” tour alongside the likes of Skillet, Third Day, Royal Tailor, Andy Mineo and more. To view her complete tour schedule, visit www.jamiegrace.com.

About Jamie Grace:
22-year old singer-songwriter Jamie Grace made a remarkable entrance with the help of multiple GRAMMY® winner TobyMac who signed her to Gotee Records. During the time of the release of her debut project, One Song at a Time, Jamie balanced her time between her career as a touring artist and college. While her album propelled her to win her first GMA Dove Award for New Artist of the Year and receive her first GRAMMY® and Billboard Music Award nominations, she also performed on the Women of Faith’s REVOLVE tour, TobyMac’s HITS Deep Tour and the highly attended 44-city Winter Jam Tour Spectacular. Hailing from outside of Atlanta, she was diagnosed with Tourette Syndrome at age 11 and has since traveled the country sharing her story and faith through music and speaking. Jamie Grace has since graduated from Point University with a degree in children’s ministry. Her sophomore album Ready To Fly is available now.

About Gotee Records:
In 1992 a production team of three talented guys with diverse tastes shared a love for music. Producers Joey Elwood and Todd Collins, along with Grammy-winning artist TobyMac, launched Gotee Records in 1994 after unsuccessfully finding a label deal for the R&B trio Out of Eden. With a steady focus on artistry, the new label expanded to reflect the diverse interests of its founders. Within 12 months, Christafari, GRITS, and Johnny Q. Public were signed, easily representing four different music categories: R&B, reggae, rap and rock. In the 20 years since Gotee’s founding as a record label, it has launched the careers of Relient K, Jennifer Knapp, Sonicflood and more recently, Jamie Grace, Capital Kings, Finding Favour and Ryan Stevenson. The present day in the Gotee story is much like the label’s early days. Through all the changes in a tumultuous music industry, the boutique label’s independent spirit is maintained through a steady focus on artist development and diversity.