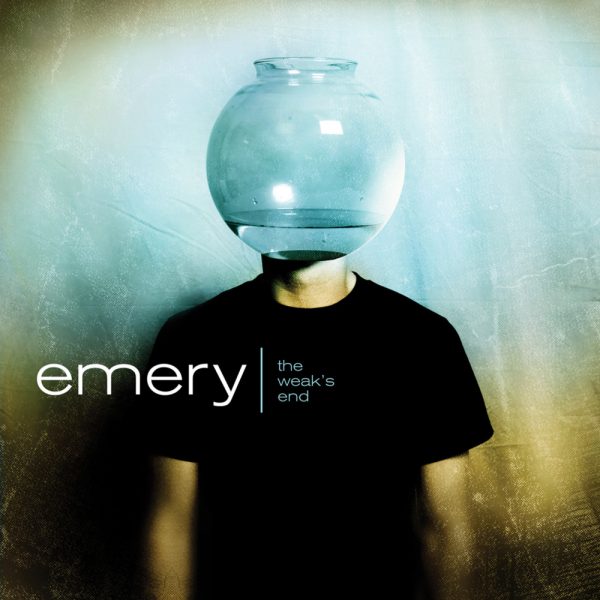 Hello everyone, My name is Chris and I would like to welcome you to my new series entitled A Decade Ago. Together we will relive those classic releases of a decade ago, in the year 2004. Here I will give an informal review of an album that was released ten years ago, as well as any memories I have of the band, or experiences. This year holds an amazing line up of releases that I will cover, so I hope you will join me on this adventure and provide your own opinions on these albums and maybe share your stories of when you first heard of, or discovered these bands.

As a side note, I would like to mention that I didn’t really start listening to music, especially any sort of Christian music until the year 2007. That is mainly due to the fact I only thought Christian music was much like “Church” music…until I was introduced to the likes of Relient K, Thousand Foot Krutch, Red and Skillet. So keep that in mind as I go over these releases as I wasn’t in the loop when they came out.

So to kick off this series we have the first awesome release of 2004, Emery‘s The Weak’s End on Tooth & Nail Records. The album had an alright debut, receiving reviews anywhere from 2-4/5, bringing the Post-hardcore Emo band into the light. The first time I heard Emery would have been sometime in 2008 when I heard the first song off this album, “Walls.” This was before the time that I had any interest in any vocals containing screams, but when I heard the screaming of the opening line “Are you listening!” I was hooked… on the song that is.

I didn’t officially get into Emery until around April 2010 when their compilation of their first three albums came out, appropriately named “Are You Listening.” Even now after almost four years of owning it, only recently did I become fully appreciative of the rest of the album.

Anyways, back to the album. After the blistering intro of “Walls,” the song slows down a bit and brings in the more emotional sounding side of Emery. Overall the track is awesome and to this day remains one of Emery’s most popular songs. The album continues with more rock tracks such as “The Ponytail Parades,” and “Disguising Mistakes With Goodbyes.” The guitar riffs in the intro of “Mistakes” is especially awesome.

“By All Accounts (Today Was A Disaster),” is a slower tempo rock song that brings in some awesome harmonies from Emery vocalists, Toby Morrell and Devin Shelton. As is the next track “Fractions,” which brings in a repeating theme with Emery, of relationships. “The Note From Which A Chord Is Built” is the shortest song on the album and continues to show the slower, more emotional side of Emery.

Next up is “Bloodless” which picks the tempo back up to a standard rock pace as it brings in some awesome guitar riffs, and catchy moments. This is definitely one of the better songs on the album as it features both clean and screamed vocals. “Under Serious Attack” starts off slowly with a nice mix of drums, bass and piano. Both these songs can match the fierceness that was found in the beginning of the album.

“As Your Voice Fades” is a song written from the perspective of someone who had their friend die. It has helped many people deal with a tragedy of someone that was close to them that passed away. The song has some of the more heavy moments of The Weak’s End but, once again, this song has to be near the top of the list for this album’s best.  To close off the album we have “The Secret,” a cleverly disguised rock song in a slow song shell and by the end you will wonder where it came from.

The album holds up well for the genre but it is obvious this album is not everyone’s cup of tea. For me, it took a while to understand it, but have come to appreciate this awesome Rock/Hardcore/Emo/Mellow sounding album. Emery is one of those bands that know how much change is appropriate. All of their albums sound different and bring something new, but all manage to capture the essence of what was started with this album. So not only is The Weak’s End still a good rock album today, but you have to give it credit for being the predecessor that Emery built upon to make everything they have in the last 10 years.

So as I said earlier, I first really got into Emery in 2010. What really got me interested was when I decided to bring an idea up to my Youth Group. In 2009 we had gone to a fairly local Youth Convention called History Maker near Vancouver, British Columbia. I found out that for just a little more money we could travel to the States and go to a much larger event called Creation Festival (Northwest). Everyone loved the idea as it had all of our favorite bands (Skillet, Red, TFK, etc), So we decided to make it official. We went for the first time in 2010.

In 2011 we decided to do it again. While I sat at my computer drooling at the big list of bands I had been waiting years to see, I came across Emery. I was beyond stoked, as at this time I had all five of their albums, including their newest We Do What We Want.

6 Months or so later, we finally arrived at Creation. It was the third and final full day of the festival when I was waiting at the Fringe Stage (Rock Stage) for Emery to come on. They were the last to play, I was so stoked as they were one of the bands I was most excited to see. They finally came on and started their set with “So Cold I Could See My Breath,”  one of their popular songs from their sophomore album (which we will probably be looking at next year!). They then proceeded to play two new songs “The Cheval Glass” and “Scissors.” They had the biggest turnout as they were the biggest band on the Fringe Stage that year. When they played “Walls” as their final song, that is when the crowd went nuts. It was probably one of the best moments I have experienced at a concert to this day. The whole point of where I am going with this is that Emery is a band that will not disappoint you live! If they are playing near you at any point, go and see them!

After all is said and done, Emery launched their music careers on a high note. The Weak’s End is an album that clearly demonstrates where it all started. Its not perfect by any means, but it has some classic Emery tracks on it and is definitely an album worth checking out. Emery’s The Weak’s End is this years first classic from A Decade Ago.

Below you can watch the Emery classic “Walls.”