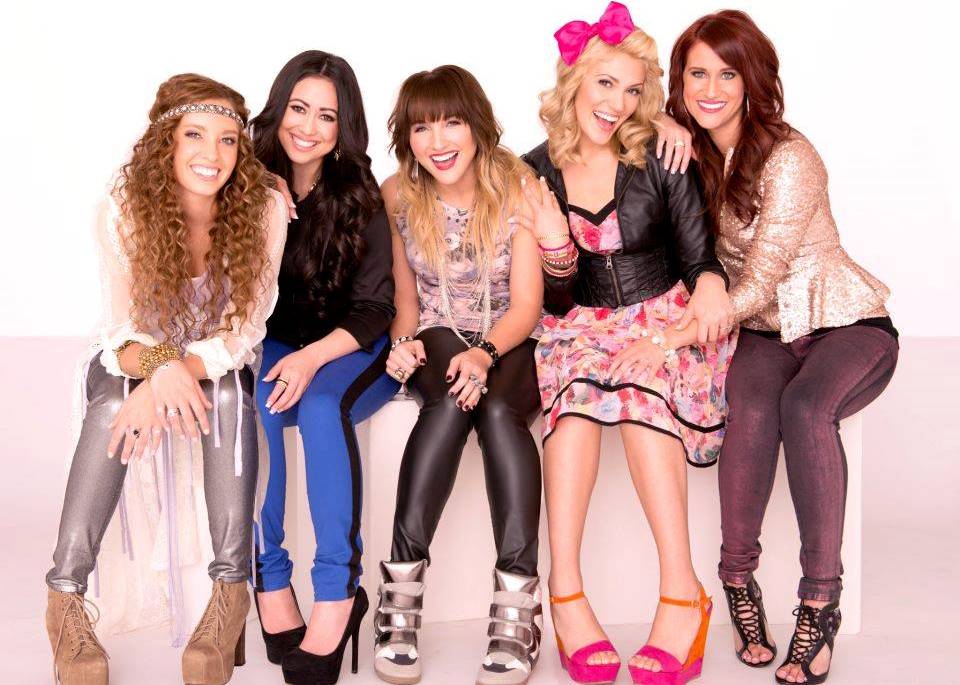 1 Girl Nation’s self-titled album has been on repeat all week – I absolutely love it! I bought it when it first came out, and I love both the positive, sunny songs, and the slower, more emotional ones. It starts off with a song called “While We’re Young” which talks about living while we’re young – kind of like the term YOLO – but living in all the right ways. One of my favorite lines in the song goes, “We’re gonna go right when the world goes left.” I just love the message that brings! We live in an evil world, and it’s easy to get caught up in all the wrong things.

Another one of my absolute favorites is the song, “Live For You.” It’s the third track on the album, and it talks about a girl in high-tops (my absolute favorite shoes), waiting at the bus stop. It goes on about how much she loves Jesus, even though she gets teased and bullied at school for it. This one takes me back to when I used to go to school and get constantly picked on for being “that Christian girl who likes TobyMac.” Maybe that’s why I like it so much as it makes me think of how far Jesus has brought me.

Another one that brings all of that back is track number four – “In The Eyes.” I wish that I would have had that song to relate to when I went through a lot of hurt from other people at school. If you know anyone feeling down, hurt, or feeling like they’re worthless – or even if that’s you, please play this song for them. It will most likely bring tears, but it is so powerful.

Tracks five and six are very upbeat! Number five is “Count Your Rainbows,” and it even has a little rap in it from Lauryn – which is always fun! It talks about the fact that there is so much good behind the bad you see now and the fact that you should always shine out. I love that message! Number six features Royal Tailor and it is a song you automatically dance to when it comes on. It’s a super fun song with the theme of, as the title “Love Like Crazy” suggests, loving like crazy! It also encourages us in let the whole world know that Jesus loves like crazy, through our actions. I highly recommend it!

Track number nine is “Daddy’s Girl,” and it is a complete tear jerker. It reminds me of something you would play for a father-daughter dance at a wedding. It goes out to every father and daughter, which I love! My favorite line is the line which says, “The love that you gave me came from another, passed down to me from a heavenly father.” That is such a great reminder, that as much as we are loved on Earth, Jesus loves us SO much more!

Finally, number ten is a song called “One Girl Nation.” It’s my favorite song off the album, and it pretty much talks about how everyone is fighting a battle, and it is important to remember that before you do something mean to someone or assume bad things about them. It is very true, and every teenage girl, or boy, should have this in mind at school, on the bus, or anywhere they go. I also love that it mentions high-tops, because like I said, they’re my favorite!

Overall, this CD is a must-have. Although it would appear to be more on the female side of interest, most songs are great for boys, too – just ask our editor who LOVES it! If you don’t already own this, you should really give it a chance- who knows, maybe this will be on repeat both in your head and in your house, too!

You can buy 1 Girl Nation’s Debut album from these, and many other digital and physical retailers:
iTunes | AmazonMP3