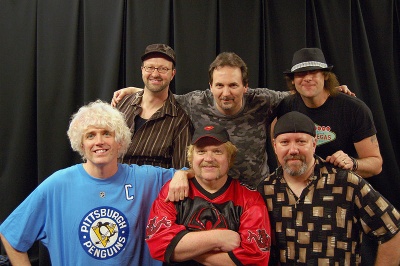 ApologetiX have just finished two new studio recordings, and they’re available as a download for a donation of any amount to the ministry of ApologetiX.

You can find them at http://www.apologetix.com/store

BRUSH
This spoof completes a suite of songs about someone not known for his sweetness — the scriptural strongman Samson. Yes, we’ve already released three songs about his exploits (“I Know a Riddle,” “Play Fair, Delilah,” and “Enter Samson”), but “Brush” fills in some of the missing pieces in the saga, as Samson shares stories of three feats of strength he performed after he met the lion but before he met Delilah.

COUSIN ZEPHANIAH
Zephaniah wrote one of the least-quoted books of the Bible (aside from verse 3:17). So, who was he, anyway? More than just the guy between Habakkuk and Haggai. There’s pretty strong evidence that Zephaniah was the great, great grandson of King Hezekiah, which would also make him a distant cousin of Josiah, the king who ruled while he was prophesying. In fact, many scholars believe that Zephaniah and his fellow prophet Jeremiah may have been at least partially responsible for the reforms Josiah implemented.

Note: No donation amount is too small — even a penny. We want to give back to our fans who give to us.