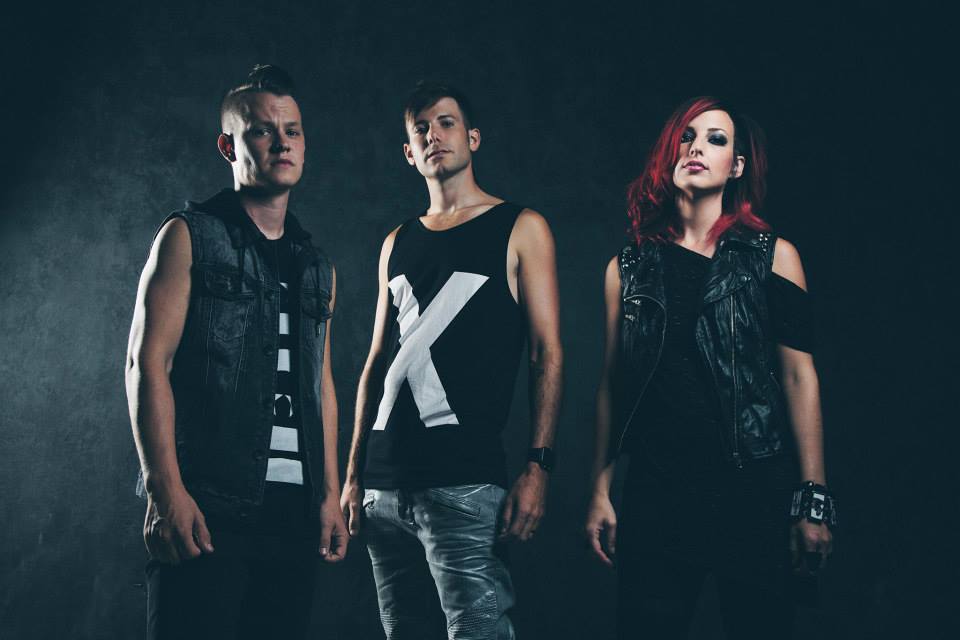 Back in October 2012, fans said farewell to the popular lively pop rock quintet Philmont. Since then former Philmont members Scott Taube and Josh Guion, now joined by Scott’s wife Brittany Furse-Taube, have been working on a new electro pop project, LNYX, and it’s some of the best EDM to come out of the Christian dance music scene thus far. With their debut EP, Captivate, the bar has been set extremely high for 2014 regarding quality electro music.

Kicking off the album is the upbeat title-track, and, by the time the chorus hits, you’re sure to be bouncing along with the beat. Introducing the record are calm and soothing synths, and soon the first verse welcomes the pulsating bass. Into the pre-chorus the bass briefly disappears, but the energized vocals and synths start to increase the intensity. With a crescendoing snare we are thrust into the chorus and its marvelous bass heartbeat that ensnares you for the rest of the album. Lyrically the song presents an interesting duality as you see a burdened soul become entrapped, but at the same time not long to be rescued. Perhaps they understand that their Captor possesses their salvation, “There’s no distractions this time, and I won’t put up a fight. I think it’s time I get to know you now.”

Next “Caught Up” keeps the party going with melodic synths, fun snare hits, and a potent bass beat. The various rhythms will take you for a whirl as they come and go in almost random, but genius sequences – it’s a musical storm. Adding another dimension to the shifting arrangement are the lyrics, as they depict a craving to be freed from life’s mundane “white clouds, blue skies” and thrust into an adventurous “hurricane.”

The lyrics for “Loose Ends” take on a dark, almost sinister vibe as it discusses secrets, whisperings, graves, and running from “them.” “Hush, press your lips, tightly close to finger tips.” The tempo slows down briefly for the verses, but we’re right back into the jump-inducing downbeats in the chorus.

“Weeds” is the slowest song on the record, but it’s militaristic rhythm and empowering lyrics make it one of the strongest. You can easily picture an army marching and chanting “We are not standard shapes, we do not fall in place. Don’t force the edges, it’s inevitable messes we make.” It’s an interesting piece to reflect upon, because one can see this as a rebellious shout out against authority, or perhaps “the flower” is a misguided society that often mistreats the outsiders, the “weeds.”


Subtly using synths as an alarm for the intro, “Panic” brings back the overall upbeat melodies and dancing vibes of the record. As with the earlier track “Caught Up,” it explores how we often find ourselves locked into the humdrum of daily life, not fighting the repetitiveness of it. If you don’t panic every once in awhile, might something be wrong?

Into “Guilty” and the fast place doesn’t slow down as the beat stays strong, and the synth patterns remain active and lively. It’s a great piece lyrically as it explores that vice that holds onto so much of us: denial. “Catch me with the matches in my hands. But baby I still won’t admit it, I’m innocent.”

Rounding out the album, “Sparks” a true EDM banger with that wondrous bass heartbeat and invigorating synth melodies. The track drives home the idea to rise up and join the riot.  Riot for what? The song doesn’t specify but taking note from previous tracks, perhaps a riot against the mundane and a society that embraces a facade perfection.

This album is a solid 5 out 5 stars. The group pulled off going from producing pop-rock to churning out electro, and they pulled it off extremely well. The various melodic vibes and bass rhythms stay strong and true to what makes great EDM so infectious and are they’re sure to rattle around the minds of many a listener for hours after listening. An area that is lacking in a lot of electronic music is lyrical content, and for those songs that have lyrics they are usually void of any profound meaning. However, every track on Captivate is thought provoking and challenging. Intense to the point, in fact, I propose the album is more electro-punk than poppy, as it explores ideas of rioting (be it for positive change) and periodically embracing panic (again, for a positive change). It is amazing that within each track there is a story that is easily relatable, and LNYX word their songs in such a way that it leaves each song open to interpretation so each listener can draw what they want from them.

Captivate will captivate you from beginning to end and will leave you wanting so much more from this new talented group of musicians and is an absolute must buy. LNYX are set for big things and I seriously can’t wait to hear what comes next from LNYX.

You can sample the album on YouTube or Souncloud below.

Our interview with LNYX will be coming soon so be sure to “Get Plugged In!” with us so as to not miss it:
Facebook | Twitter | Youtube | Email | RSS

Exciting news for all you remixers out there, as LNYX has posted vocal stems for most of their tracks, FOR FREE! Details here: https://soundcloud.com/lnyxremix