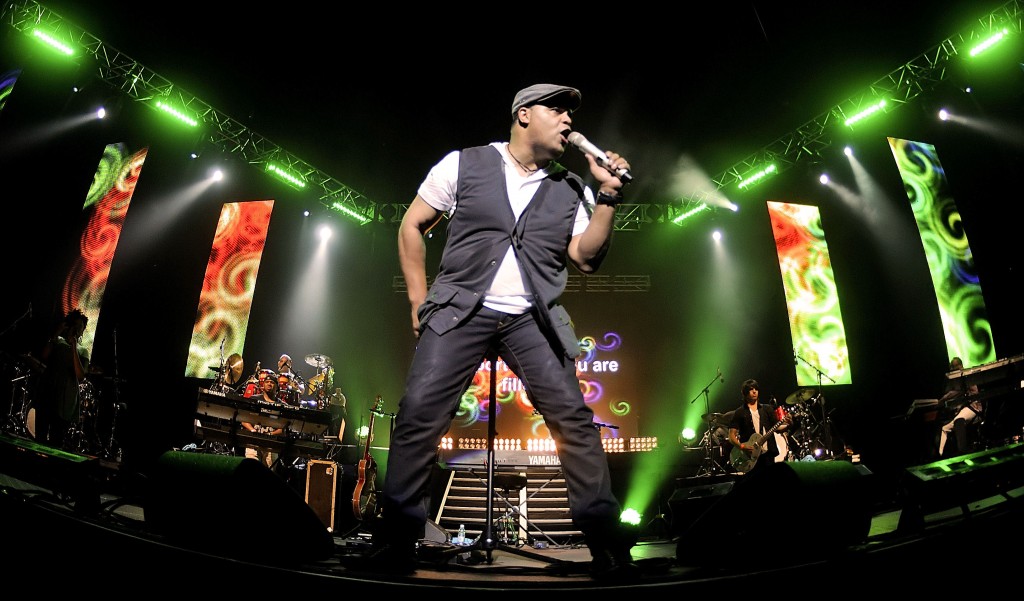 A collaboration between Integrity and Sony, the project joins a long list of Sony’s best-selling “Playlist” titles from artists who have helped define their genres – from Billy Joel to Billie Holiday. Playlist: The Very Best of Israel & New Breed features songs from the Grammy Award winning group’s albums along with songs from New Breed founder Israel Houghton’s solo projects.

Known for bending genre rules, there’s no box that Israel Houghton can’t punch his way out of musically. Born from the circle of a white mother and a black father, raised within a blended white family, a Latino neighborhood and a spirited church, Houghton has challenged cultural and denominational biases since his youth. And he used his experiences to fuel the creation of his band New Breed as a means to overcome such divisions within the faith community. As a result, Houghton and New Breed have created a canon of songs that have become standards in houses offaith around the globe, while also earning Grammy, Dove, Stellar, Soul Train and Premios ARPA awards.

“I remember early on facing some walls and divisions that were skin-tone oriented, where people said you should just do it this way or just do it that way,” Houghton once told Charisma magazine. “White people would say, ‘Don’t do black music,’ and black people would say, ‘Don’t do white music.’ And it got so frustrating.” So, Houghton decided to just make the music his heart envisioned – meshing a variety of styles he refers to as a “Kingdom sound” – and eventually it caught on in a big way.

This “Playlist” album focuses on some of Houghton’s most creative musical moments that unite fans of Christian artists like Chris Tomlin and urban legends such as Kirk Franklin. In fact, Franklin, along with artists Michael Gungor and Fred Hammond, also make guest appearances on the selected songs as does Houghton’s friend, fellow producer and New Breed member Aaron Lindsey.

2. No Turning Back (Featuring Aaron Lindsey)

3. You Have Me / You Hold My World (FeaturingMichael Gungor)

4. Jesus At The Center

5. Everywhere That I Go

Playlist: The Very Best of Israel & New Breed is available wherever Christian music is sold, including digital service providers such as iTunes and Amazon.

About Israel Houghton:
A worship leader and member of Houston’s Lakewood Church, Israel Houghton has also led worship for Hillsong conferences, Franklin Graham crusades and a variety of music festivals around the world. His latest, best-selling album with New Breed is the live, 2-disc CD (and DVD) Jesus At The Center. He is currently producing a new Integrity album from Covenant Worship, featuring David and Nicole Binion. Additional information can be found at http://newbreedmusic.com.