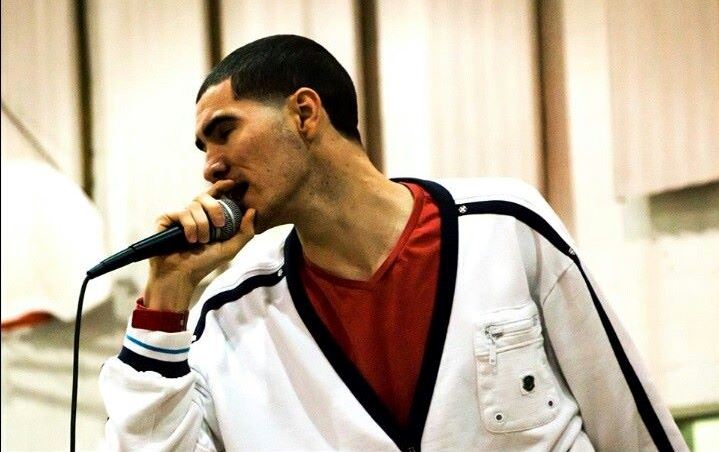 Stephen I. Exposes The Truth On Free “Facts No Fiction” Mixtape

Multifaceted talent Stephen Immanuel can claim the titles of musician, producer, graphic artist, web designer, tv and radio show host on his resume.  What’s even more impressive about this advantageous West Texas native is that he created this new persona after living the first half of his life caught up in life on the streets surrounded by drugs and everything such a life entails.

Where many albums attempt to entertain first and tell a story second, if at all, Stephen I. turns that formula on its head and very clearly has prioritized his free mixtape Facts No Fiction to be an extended hand to those that may be lost.  In saying that, this album will get heads nodding and arms waving, just not at the expense of Stephen seeking to help others learn from his mistakes.

“Up” starts things off and introduces the listener to Stephen I.’s casual delivery as he makes repeated references to making mistakes but choosing to rely on Christ instead of giving up.  The guitar riff in the background is just enough to accompany the beat and keep the track flowing without overtaking the song.

Shifting to a reggae theme on  “Fear no Evil,” Stephen I. is joined by Steven Vowell in addressing the importance of, and value of, faith in tough times.  Leaning heavily on biblical references throughout the track, “Fear no Evil” emanates with the authenticity of someone who has been on both sides of the argument of God’s existence.

“Hung High” is nestled in the middle of the album and is perhaps the most up tempo track on Facts No Fiction.  Stephen I. and guest wordsmiths Kory Grammer and Trinity keep pace well with the quicker pace, with the track featuring perhaps the most impressive display of lyricism on the mixtape.

Stephen I. fires a direct shot at the media as well as many of his peers in the music industry on “No More Lies.” While he slows down the tempo with an almost sleep inducing piano melody, the message will keep the listeners’ eyes wide open.  Relying on the courage found in God’s truth, Stephen exposes the fraudulent references to faith in God by Justin Bieber, Kanye West and Jay Z among others.

Making sure not to leave the crowd out in the cold, “Feelin Like a Million” packs in the catchy chorus of “we go hard in the building, hands to the ceiling, I’m feeling like a million because we are his children,”  and is surely a crowd favorite during Stephen I.’s shows.

The final track “Close to the End” marks the return of Trinity in another stellar tag team effort.  The song carries a theme of “you can run but you can’t hide” with the back and forth efforts of the emcees.  Closing out the song, Stephen delivers a powerful reading of Matthew 24:4-14 which foretells the signs of “the end.”

Throughout Facts No Fiction, Stephen I. repeatedly emphasizes that his goal is to reach the lost, eschewing the entertainment first approach of many of his peers in the industry.  The good news is that his messages of caution and hope are of equal parts authentic and entertaining.  There are albums out there with more layers of production and clever hooks, but Facts No Fiction  will have immediate credibility with its intended audience that many of those albums would not.  Kudos to an artist for being willing to put the message before everything else.

You can learn more about Stephen I. and download the Facts No Fiction mixtape for free here. You can also check out Stephen I.’s music video for “Hood Missionary” below.