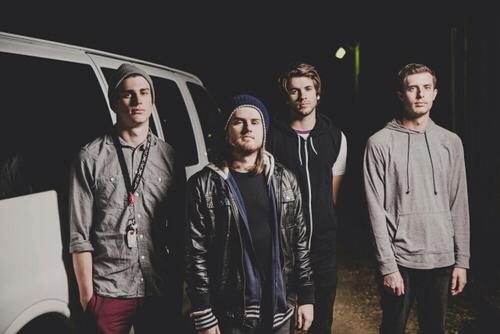 June 1st, 2013 marked the release of Fit For A King’s sophomore album and debut release on Solid State Records entitled Creation/Destruction. Off the back off the success of that album, and after feeling that the original recordings on their independent debut album Descendants didn’t do the album justice, the band decided that they wanted to re-record and re-master the entire album and thus Descendants – Redux was born. It’s safe to say that it was a good decision, although it does need to be said that the original release was already an amazing album, both musically and lyrically.

After the intro track “Il Diluvio,” it is instantly apparent that you’re in for a treat as soon as “Ancient Waters” hits. Although fans have had mixed opinions on this track with many saying it doesn’t sound as heavy as the original recording, the extra quality provided on the new version adds some extra power to it to balance the loss of heaviness. It is noteworthy here as well that the vocals, both screamed and clean, have greatly improved in the last couple of years.

The next two tracks of Descendants – Redux feature some great guest vocals with the first one being from Jeremy Gray of Ivoryline who features on “Parallels.” Singing the chorus “I’ll be the one standing there with the end in my hands. I’ll be the one standing there with the truth in my heart,” Gray provides some well done clean vocals that provide some much needed variety. “The Architect” is next up and features Memphis May Fire front man Matty Mullins who combines both clean and scream vocals beautifully. “The fire has come to consume me (rebuild). Created in beauty and molded by corruption, I am pathetic,” are some of the most convicting lyrics on the whole album and feature in a track where the vocal collaboration between Matty Mullins and the lead singer Ryan Kirby is seamless.

The title track “Descendants,” is both one of the heaviest and best songs on the album and will remind many of heavy metal band Impending Doom from a music stand point.  Lyrically speaking though, Fit For A King well and truly stamp their mark on it with some of the most straight up and in your face lyrics on Descendants – Redux with “Ignorance is no excuse when you are faced with eternal damnation. Watch as the seas of this world are turned to blood. We are descendants.”

“Hollow Eyes” provides a message from the point of someone who is completely broken and is seeking Salvation, “I’m ready to be moved, be moved aside. I’m broken for you, seeking only you. I will not be shaken, I am cleansed from the inside out.” In this song, the lyrics describe being a prisoner to one’s self, being fed up and deciding to cast down everything that matters to follow Jesus.

“The Roots Within” hits off with a heavy breakdown, as well as more intense screams from front man Ryan Kirby but, after a strong start, the track seems to take a step back from a lyrical point of view, at least as far as progress is concerned, “I am a slave to the darkness, a slave to myself. I’ve dug this grave for myself and day by day its getting deeper.” It was always going to be hard to follow such a strong set of lyrics in “Hollow Eyes” and, although still a very good song, it does seem to head in the opposite direction as the one preceding it. On the same note, “Messenger, Messenger” really doesn’t have anything wrong with it either, but it does fail to add anything new to the album.

“Transcend” was originally a slower electronic track under the name “A Love That Transcends Understanding” on the original release but has been completely remade into an acoustic one which showcases the great improvement of the clean vocals and further creates some diversity to Descendants – Redux.  “I’m searching within to find direction, I’m searching within to hear your perfect note. Know that you were made for so much more, there’s something to live for,” are just some more of the deep and meaningful lyrics that are hard to find in this day and age.

“Unchanging” is the final original track off Descendants. Once again the great writing of the lyrics are featured here. “We’ll turn and run from everything we knew, because I have the key that leads to you. I won’t let this go, waking up I won’t be here. You have taken me and shown me, that there is so much more then this world.” This track does however have one weird addition that feels out of place- just past the halfway point there is a quick 8-bit sounding instrumental thrown in. It could have possibly made a good intro to the track, but throwing it into the middle just cuts off the flow of the song.

This Redux of Descendants ends off with a new song that was recently released along with a music video, shortly before the album became available. “Keep Me Alive” is the perfect addition that rounds off the album. With more amazing lyrics, “Death will not become me. For nothing in this life has been given that you can’t face. For every heartbreak there is an embrace. Search for safety, you will make it home, rest your weary head,” this track will let new fans hear the direction Fit For A King took with their sophomore record.

Filled with breakdowns and gut wrenching vocals, this album is sure to be considered one of the top releases in Christian Metal in 2013. The same can be said about their last album Creation/Destruction which was released back in June, but that is a different story. The band set out to do their older songs justice and they have done just that. Descendants – Redux has addressed many of the small problems on the original release and, although it has a few minor ones itself, is an album that is a must buy for fans of Metal, especially those of Metalcore.

You can buy Descendants from either your local store, or from these, and other fine digital retailers:
iTunes | AmazonMP3