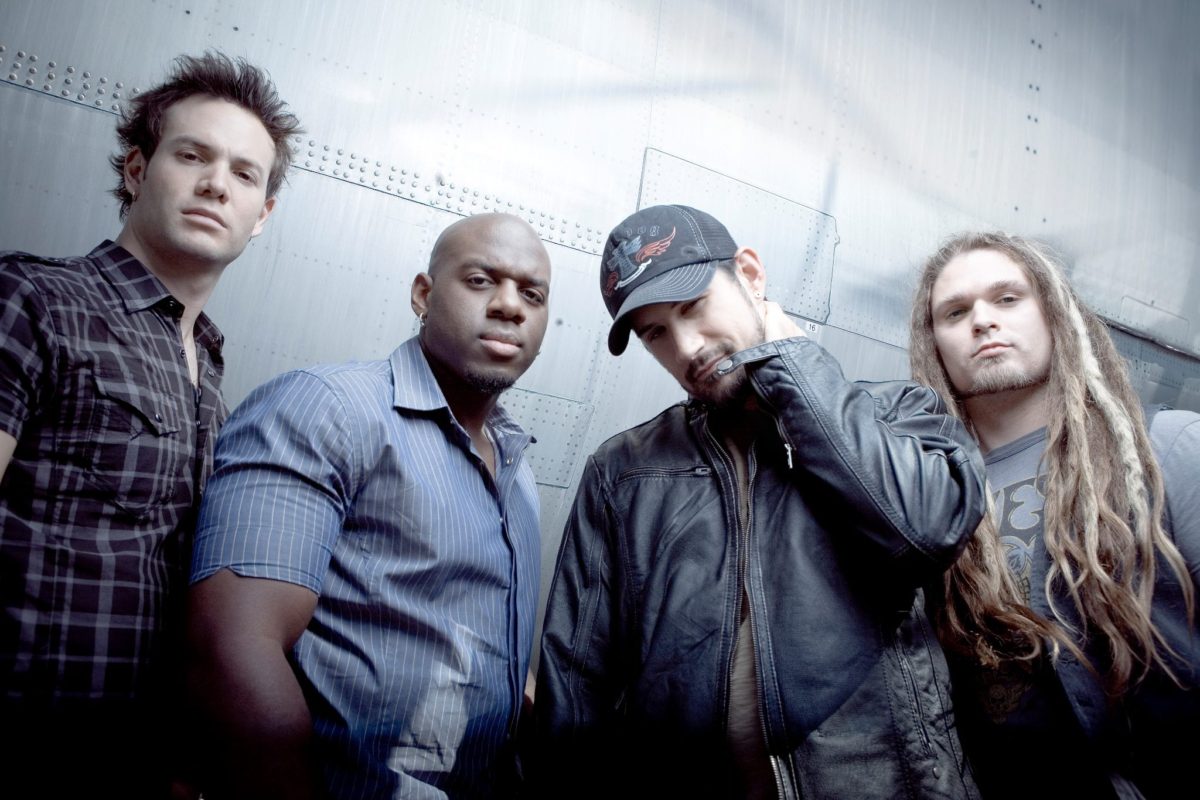 The storm has arrived…well, almost…

Back in October 2012, the highly popular Christian rock stalwarts Pillar announced that not only were they making their return but that they would be returning with the line-up almost all Pillar fans would agree was their best. The news that Rob Beckley, Michael “Kalel” Wittig, Noah Henson and Lester Estelle Jr. II were back together again sent many a Pillar fan into a frenzied excitement and they were left waiting anxiously for the promised “storm” to arrive. Since their announcement, they have been working hard on new songs and taking their time to make them the best they possibly can be, releasing snippets here and there. Now, almost a year and a half later, the storm is on the horizon and getting much closer as Pillar have just launched a kickstarter to fund their highly anticipated new album which is set to be released in August!


Pillar have set a target of $50,000 to be raised over the course of the next 4 weeks to fund their new album. The album is expected to be released this coming August but they can’t do it without your help, so be sure to head on over to the campaign page by clicking the link below and help them raise the necessary funds by backing and pre-ordering their new album.

They recently released a sample of “Lion Leads The Way” which can be viewed here and a snippet of it can also be heard at the end of the campaign video where Rob and Kalel share about their journey as a band, the kickstarter project and about just how many people their music reaches and the difference it has in their lives.

Pillar recently shared on their facebook page a bit about the vision behind the record and also revealed some of the reward packages available for helping fund the new album, “While we are making the best Pillar record to date we are doing this to bring a message of “Hope” and “Restoration” to the world. Restoration in spirit, marriages, families, relationships, and life. We are launching a Kickstarter program here in the next few days where you can help us make and release this record by buying our exclusive Kickstarter packages that include: pre-ordering the new album, early music, exclusive “supporting the album” merch, video documentary, autographed stuff, hand written lyrics, phone/skype call from the band, your name in album credits, our long lost indie releases, Skype music lessons, exclusive PRS Pillar guitar, one of a kind memorabilia, visit us in the studio, and more.”

You really don’t want to miss this wonderful opportunity to back this project, and for doing so you can receive some pretty sweet rewards in return, which will go very quickly – for example, for just $30, you could receive an early digital album, an exclusive track, an autographed cd on release week and a pillar bracelet.

As well as backing the project, be sure to spread the word about this campaign to all of your friends by sharing this article through all of your social networks. The storm is coming….

If you are new to Pillar’s music, the following five songs/videos will give you a great flavor of what they’re all about:
For The Love Of The Game Audio | Whatever It Takes Music Video  | Everything Music Video | Bring Me Down Music Video | Smiling Down Audio |


You can browse their discography on iTunes here.