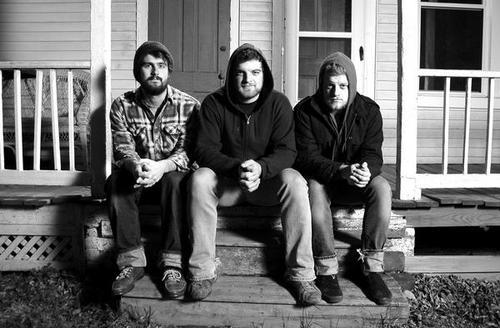 December 10th marked the release of two of the greatest albums in Christian music this year, both coming from the metal giant Facedown Records. One of those two releases, Behold by My Epic, was produced by Matt Goldman (Underoath, Anberlin, The Chariot) who also worked on their sophomore album and he’s helped My Epic achieve the greatness that is Behold. Just one look at the beautiful cover of Behold will tell you you’re in for a treat. With each release so far My Epic has created something different, with their last album Broken Voice taking more of an acoustic route and they continue this trend with the release of Behold.

Fans of Facedown Records will know them for their hardcore and metal bands such as War Of Ages, Gideon and former Facedown band For Today. Behold though, is not your typical facedown release, with My Epic being perhaps the most unique band currently on the label and just one listen to any of the eleven tracks off this album will show you why.

Behold opens with “Arise,” a good demonstration of what My Epic has in store. “Arise,” as with many other tracks on this album, brings a heavy worship-esque atmosphere which makes the lyrics all the more memorable as they resonate around inside your head, “He reigns in infinite dominion, enthroned with no rival, no equal.” This song features all the elements that make up My Epic, from the deep meaningful lyrics, to the powerful guitars and to the slow ambient worshipful atmosphere.

The next track, “Hail,” was released earlier this year as a free download, is possibly the best song on Behold and is sure to please long-time fans as it combines many elements from My Epic’s older records. With its driving drum beat, “Hail” has some heavy, grittier moments as well as some of the more ambient sound they have become known for. “Majesty, Kingdom authority flows from Your throne, unto Your own, Your anthem raise. King of all Kings, all hail,” are just some of the beautiful lyrics on Behold.

“Curse” was the track released a couple of months ago alongside the announcement of the new album and has some convicting lyrics causing you to reflect on how close your personal relationship with Jesus is, “How can I claim to love You, when here Your body lies strewn. I dwell amongst the pieces and never feel moved.” The song ends with more touching lyrics “You are not a corpse and we’re not a movement. You’re alive and we’re the flesh, You’ll wear till the worlds end.”

These convicting lyrics continue with the chorus of “Confession” and is another of the deep and intimate moments on the album, “And in the end may l die as the thief, my greatest joy that You’d hang there with me. Blessed further still if my flesh could be made an object of grace to walk behind, to die beside, then wake to find my Lord, my love in paradise.” The album, a truly mesmerizing work of art, continues with “Royal,” which brings back the deep and heavy guitars which were found during “Hail.”  My Epic adds to an already incredibly diverse album with “Approach” as they take a different approach by incorporating new instruments and electronic elements, giving the track an altogether different feel and sound to the rest of the album.

“Liturgy” is a very personal song from lead vocalist Aaron Stone which allows you to feel the passion and emotion behind his lyrics, “As hard as I’ve tried to write, to shuffle the notes and to structure the lines. They’re never as lovely as they should be, for all of my singing, I’ve still never sung a melody worthy or perfect enough for You.”  The next two tracks, “Lament” and “Zion,” follow suit with similarly passionate lyrics, with “Lament” containing “I see their souls, and feel the weight, oh God forgive each word I waste and grant that my throat with the sun would be raised. To banish the dark because I cannot take another death in my silence,” and “Zion” continuing with “You loved me first and fully when nothing lovely existed. All before then grew dim in the light of desire awakened and all else be cursed. I choose rather this thirst.”

“Selah” is the shortest song on the album but is just as passionate as the rest, with the last line of the track declaring “I wanna be a dead man, just a body You can live in. I wanna be Your prized possession, that and nothing more.” Directly after is the longest and final song “Arrive,” bringing an already amazing set of music to a grand finale.

Behold is more than just another music release. It is an intricately woven piece of art that will never cease to be a pleasure to listen to. Behold gives the listener just under an hour’s worth of music, filled with meaningful and deep, passionate lyrics as well as unique instrumentation that few other bands offer in this day and age. In a world filled with cheap and pointless music, it’s a shame that an album as great as Behold will probably never be heard by the millions who would benefit from hearing it. Behold is not only one of the greatest releases of this year but will surely remain that way for years to come. My Epic has created something special that deserves nothing less than a 5/5.