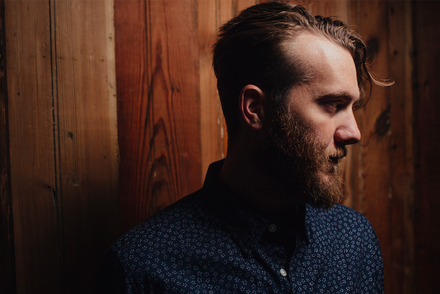 Acclaimed singer/songwriter John Mark McMillan is gearing up for the independent release of his fourth studio album titled Borderland on March 4, 2014. This will be the first album released through McMillan’s recently launched record label, Lionhawk Records. Borderland was funded by a Kickstarter campaign earlier this year raising over $69,000 and was backed by more than 1,500 contributors.

“Borderland speaks to the idea of the ‘place between places,’” says McMillan, “which is where I feel I’ve been living as a person, as an artist, and as a believer for a couple of years. While few things describe the Christian experience more than the ‘place between places,’ it is also a concept everyone can relate to. We all walk lines between work and family, love and responsibility, art and commerce, passion and business and so on. Many of these songs are my commentary from a life between the crevices and on the verge.”

Fresh off the heels of a Christmas tour, John Mark recently released an original Christmas single via Noisetrade titled “Baby Son,” which has been downloaded by over 10,000 listeners. All proceeds from this song will go to World Vision’s relief efforts in the Philippines. Click here to get “Baby Son.” In 2014, John Mark will begin his headlining tour to support Borderland. Information on the tour will be forthcoming.

In addition to the anticipation around McMillan’s upcoming LP, the Charlotte, North Carolina native’s previous work continues with its success. In 2012, “Seen A Darkness,” from his last album Economy, was featured in the promo for the Grey’s Anatomy episode, “Hope for the Hopeless” (Season 8: Episode 12). His single “How He Loves” was recently listed by Integrity Music as one of the 25 most influential worship songs in the past 25 years and still today ranks on CCLI’s Top 25 chart. John Mark is proud to be an ambassador for World Vision and an advocate for its work in Bahkari, India.