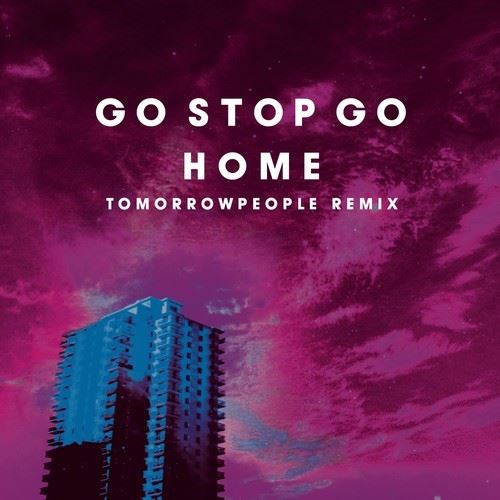 On 28th September 2012 the relatively small and unheard of indie band from down under, Go Stop Go released their debut self titled album on iTunes. The lead single “If You Want It” was released just a fortnight earlier and received the video treatment in May of this year. The second, and latest, single off the album, “Home,” received the same treatment last month and was shot on location at Bombay Beach on the shores of the Salton Seas and was directed by Mark Tierney. Both music videos can be seen below.

Go Stop Go’s latest single “Home” has also been given the TomorrowPeople remix treatment and Andrew B. White has added his unique flavor to it and, from today, as a Christmas present from Go Stop Go and JesusWired, we are exclusively offering that remix as a free download (link below).

In their bio it states, “Matt and Jared got to know each other through mutual friends in the local music scene. And, being in a similar head space both mentally and spiritually, eventually decided to give co-writing a go. Both agree something “very natural and unforced happened” when they sat down for their first writing session. So natural in fact that at the end of a weekend in a bach at Ngunguru with a bottle of Jameson and a guitar, they had nine new songs in need of a home. It was clear soon after that the songs already had one.”

It’s this “natural” fit they describe that comes across crystal clear in their latest single “Home.” The gentle music, the soft yet powerful vocal performance from Matt and the cleverly crafted honest lyrics that cater to a wider audience whilst still keeping the message clear, all mesh seamlessly and effortlessly together to form a track which will put you immediately at ease no matter what your situation may be, and it’ll send some shivers scuttling down your spine whilst it’s at it. God’s presence and love can clearly be felt throughout this hope-filled track and, as the track is so memorable, that love and hope will be felt for hours after as you continually sing it to yourself in your head throughout your day.

The message of their debut album Go Stop Go, and all of the songs thereon, is, as Matt Ruys recently shared with me, “one of a real relationship with a real God. I grew up in one of New Zealand’s most violent, poorest, gang-ridden neighborhoods. As a child I was attacked and beaten. The experience left me with epilepsy, which I suffered from age 9 till a life-changing experience of God’s hand on my life at 16. With music, God pulled me out of that environment and took me first into full time ministry, and then to a record deal with EMI as a pop/r&b solo artist, as a producer/writer for pop artists, and as an artist manager (I discovered Brooke Fraser and secured her deal with Sony Music, overseeing the making of her debut ‘What To Do With Daylight’). But for me, Go Stop Go is the album I was always meant to make.
My heart is to speak to those who look at Christianity and think, “That’s just too out of touch” or “I could never be good enough to make the grade”. I try to be as honest as I can lyrically, avoiding “Christian words” while keeping the message clear. God pulled me out of the mire & clay. I pray he uses my songs as a tool to do the same for others.”

This message is brought across emphatically throughout “Home” through lyrics like, “A place without pretense/ Where I am more than flesh and bone/ And so I’ll lower my defense/ Now I know I’m not alone/ I know you’ve made a place for me/ I’m home” and “When I had lost my way and found my tears/ When everything was broken you repaired, made new/ And your love it pulled me through/ I am home now.”


You really don’t want to miss out on the opportunity to download your free copy of the TomorrowPeople Remix of the fantastically reassuring single “Home” from Go Stop Go, so be sure to give it a listen below and then claim your free download. Once downloaded, please be sure to share this article with all of your friends on social media so that many more people will be introduced to this great band.

Also be sure to check out the two music videos for “If You Want It” and “Home” below. Like what you hear? You can buy Go Stop Go’s self titled album on iTunes here.

Life has a funny way of taking us to unexpected places. It stops and starts, twists and turns. One minute we’re totally in our comfort zone, the next we’re being tossed in to the deep end. That has certainly been the experience of Jared Wrennall and Matt Ruys.

Matt and Jared got to know each other through mutual friends in the local music scene. And, being in a similar head space both mentally and spiritually, eventually decided to write music together. Both agree something “very natural and unforced happened” when they sat down for their first writing session. So natural in fact that at the end of a weekend in a beach house in New Zealand’s isolated Ngunguru they had a bunch of new songs in need of a home. It was clear soon after that they already had one…