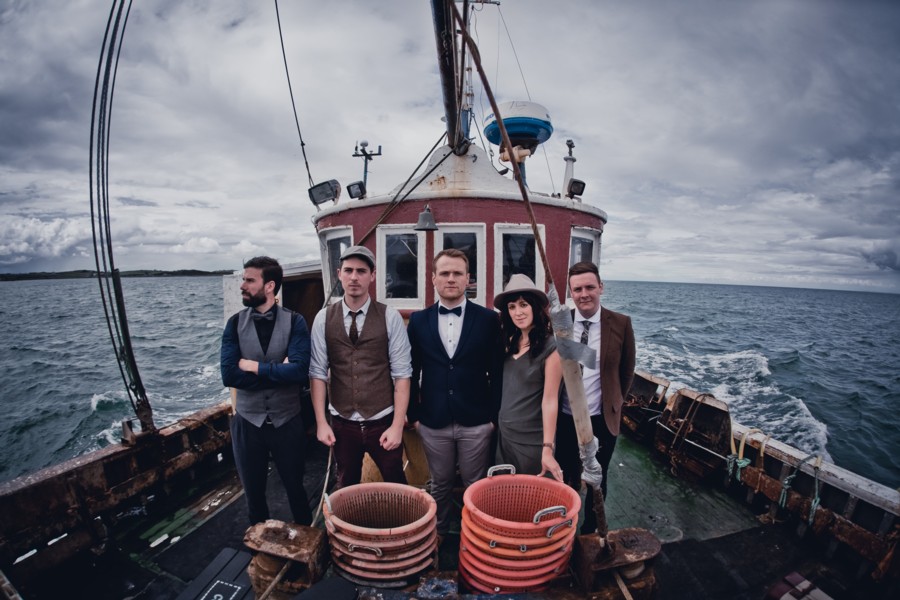 Irish worshipers and Dove Award-nominated band, Rend Collective, are known for pushing artistic boundaries, daring the faithful to re-imagine worship and community.  That fresh, aesthetic call to worship has gathered together believers for sold out events in cities across the world, most recently in nine cities spanning seven states in the U.S. in November on the band’s “Campfire” tour with Audrey Assad and Bellarive. The tour was named after Rend Collective’s highly acclaimed, No. 1 selling iTunes (U.S. Christian/Gospel) recording, Campfire, which features vocals recorded live outdoors earlier this year around a campfire on Ballyholme Beach in Northern Ireland along with members of the collective’s Facebook and Twitter community.

Continuing to travel internationally, Rend Collective brings its “Campfire” tour to an additional 10 U.S. cities in Jan/Feb 2014 before joining Kari Jobe for a major, 30-plus-city tour in the U.S. that begins Feb. 27 and runs through April 13.  During the tour, Rend will perform new music from its highly anticipated, third album, The Art of Celebration, which is set to release March 18 from Integrity Music.  Following the tour with Jobe, Rend will bring its “The Art of Celebration” tour home to Ireland in May along with a tour of the United Kingdom while hitting cities like Dublin, Belfast, Glasgow and Manchester. For all the latest tour updates, go to http://rendcollective.com/tour/.

In addition to singing new songs while on tour, Rend Collective will play its growing list of fan favorites from their 5-Star acclaimed albums, Organic Family Hymnal and Homemade Worship by Handmade People, including its hit radio single, “Build Your Kingdom Here.”  Beginning yesterday (12/17), and for a limited time, “Build Your Kingdom Here” will be available for just 69 cents at iTunes. The companion video to the song debuted by RELEVANT magazine has now been viewed more than 1,500,000 times and can be seen below.

Forthcoming first single and video from The Art of Celebration, “My Lighthouse,” is slated to debut in January as momentum continues to build for Rend Collective.  The raw, rootsy, foot-stomping energy of the Irish worshipers, which has been infectious among audiences across the globe, has always been about people and building God’s Kingdom here.  Beginning as a group of friends collectively wondering how to make sense of the conundrum of life, God and community, Rend Collective is a nod to the places in Scripture where it says to “rend your hearts” and not your garments, a bold call to be genuine.