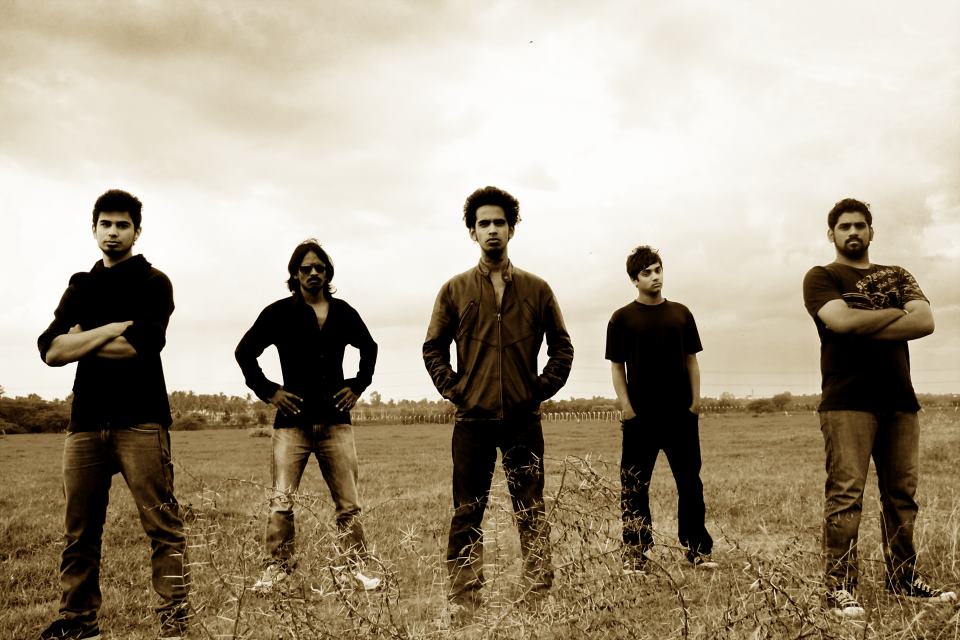 An Interview With Final Surrender


Final Surrender are an extremely unique Metalcore band hailing from Southern India. There are very few bands who have been able to successfully incorporate folk music into metal. Amongst the ranks are such groups as Finntroll, Amon Amarth and, you guessed it, Final Surrender.

Final Surrender began back in the winter of 2010 and released their debut full-length entitled The Expanse soon after, gaining them much local and international acclaim in the process. They have since released an EP entitled St. Sinner and 3 stand alone singles to fill the gap in between their debut and sophomore albums and, in 2012, they gained a much needed breakthrough by signing to Rottweiler Records based in Indiana U.S.A. They’ve just released their Empty Graves album a month ago and you can read my review of it here. I also had the opportunity to interview them prior to the album release so please read on…


JW: Why don’t you guys start by giving us a little history? How did Final Surrender start and how has the band gotten to the point we know it as today?

FS: We got together as a band around late 2010, prior to that Final Surrender started it’s roots in little home studio with Joseph & Jared working on a couple of demos.

And in 2010 we released our debut album “The Expanse” and followed it up with a highly acclaimed EP “St.Sinner” in 2011, also we released a couple of singles .This set a solid platform for us where people could check out our music, and so it began.

JW: What inspired you all to play such an extreme form of metal music?

JW: What was the metal scene like coming up in India? Was there a lot of groups like you guys, or were you the minority in the local scene?

FS: The music scene is getting better by the minute, and yes there a lot of bands playing metal music back here, though initially the style in itself was completely disregarded.

JW: How did you guys get Rottweiler’s attention, and how did you end up signing with them?

FS: A year and half back i think we were touring North India, just before we left our drummer had sent a couple of demos to the label. A month later when we got back home the record label was interested to sign us up.

JW: What was the writing and recording like for your upcoming piece Empty Graves?

FS: It was extremely fierce and intense.

JW: Are there any tracks on this album that stand out as a personal or band favorite?

JW: Is there a song on this new album that is a particular favorite to play live as a band or just personally?

JW: If you could collaborate with any musician on a Final Surrender album who would you bring in?

FS: Hahahah there are way too many, for a start it’s Bob Hartman for me. (Joseph Samuel)

JW: Can we expect a U.S. tour out of Final Surrender any time soon in support of Empty Graves?

JW: Who would Final Surrender love to tour with that’s active in the music scene?

JW: Faith means a lot to Final Surrender. How have you guys balanced your faith and musical passion in a scene as dark as the metal scene?

FS: I think that’s a general stereotype but it’s not as dark as it’s made out to be. For us it can’t get any simpler than the fact that we’re worshiping God through our music.

JW: Would you say the group had a passion for metal first and then your faith followed, or were you a group that faith came first and then the music?

FS: Faith has always been and always will be what is more important to Final Surrender than the music.

JW: Finally, if you had to describe your band either musically or ideology (or both), how would you describe Final Surrender?

JW: Well, that was the last question. Thank you for taking the time to do this interview and for sharing a bit more about you guys. Stay safe and God bless,