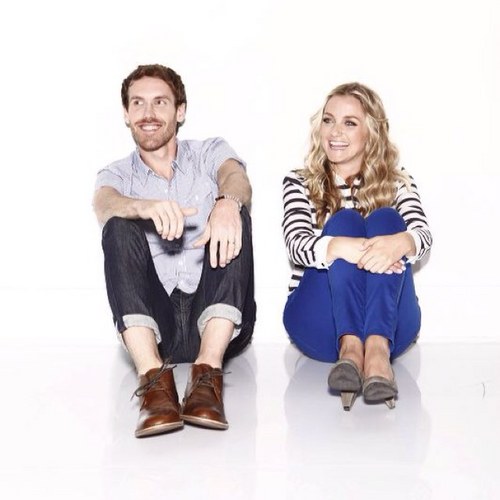 The moniker City Harbor is quite the fit for this duo’s blend of organic and harmonic pop. With songs sharing about real-life issues, such as living out our faith in such a complex world, the words “City Harbor” represent not only what Earle and Reed hope their music is for the listener, a shelter from the storm, but are also inspired by Jesus’ words in Matthew 11:28—“Come to Me all who are weary, and I will give you rest.”

Instead of writing songs that center around momentary relief and temporary things, Reed and Earle share a vision for making music that’s honest and an invitation to experience God’s goodness, offering hope to a world where sorrow, hurt, pain and suffering color so many people’s stories. With the songs found on their debut City Harbor, they do just that in a fresh, yet personal, way. “In the midst of so much darkness, it’s so incredible to sing about what’s good and true,” Earle shares.

The album’s first single “Come However You Are” is currently at radio. “God wants us to come to Him, not hide,” shares Reed. “Rather than hide in shame, Jesus invites us to find our rest in Him, no matter where you are, no matter what you look like.” Another track, “I Still Believe,” was written by Reed during a season when she struggled with depression. The song was a moment of personal catharsis which she hopes will resonate with anyone with the same questions she had.

Molly Reed, who is married to Mike Grayson of MIKESCHAIR, has quickly become a go-to songwriter for many of Nashville’s most beloved artists such as Wynonna, Amy Grant, Point of Grace, Francesca Battistelli, Mikeschair, as well as NBC’s “The Voice” winner Danielle Bradbery. Her work has also been featured in TV’s “One Tree Hill” and “Vampire Diaries.”

For Robby Earle, music and ministry have always been intertwined in his life. With a mother who served as a choir director, his earliest contributions were for his local church. Eventually, Earle found his comfortable niche as a singer/songwriter.

“This is an exciting season for City Harbor, and we’re excited to share the core of who we are by encouraging people to go to Jesus in whatever shape they’re in,” Reed exclaims. “Come to God and receive His peace, love, grace and rest. That’s the heartbeat of our message, a resounding reminder that God is always there.”

Until the album’s release, you can currently hear the music of City Harbor on two WOW projects. “Come However You Are” can be found on the new WOW Hits 2014 compilation CD, while “It’s The Most Wonderful Time of the Year” is featured on the WOW Christmas 2013, Deluxe Edition.

City Harbor has already toured with Francesca Battistelli, Amy Grant and appeared at this year’s Night Of Joy. This Christmas season, City Harbor will be on the “It’s Christmas Tour” with MIKESCHAIR and Finding Favor. Spring 2014 will take the duo on the road opening for Sidewalk Prophets.