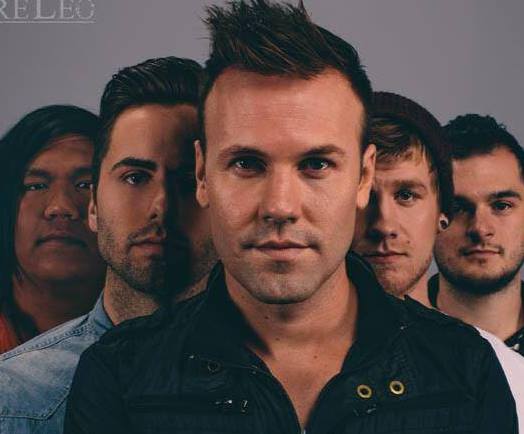 Help We Are Leo Reach Their Funding Goal For New Album

The Chicago area based electro-pop Christian band We Are Leo, one of the most underrated bands in the Christian music scene, currently has a kickstarter campaign to fund their brand new album, slated for a Summer 2014 release. There are just 48 hours left to go and they still need to raise $7,447 so please head on over to the campaign and help them raise the necessary funds by backing and pre-ordering their new record.

For the first time in two and a half years We Are Leo are writing new music and are heading back into the studio to record their new record. We Are Leo’s lead singer, David Duffield says about their hearts behind recording new songs, “Someone came up to us after a show and said ‘I’ve never believed in God my whole life, but when you guys were playing Oxygen, I felt something that I’ve never felt before, and it made me start to wonder if God was real” and David goes on to say “In seeing how God’s used our last record, we really want to be able to do that again, and that’s one of the biggest reasons why we’re going back into the studio, to make some new songs.”

Their drummer Doug Weier also shares his vision for the new record, “Something I’ve been thinking about lately is that this next album, I want it to be something that blows the roof off, that is a game changer basically, and that’s my vision, maybe it’s too ambitious, but that’s what we’re going for I think, changing the world with this.” To watch the rest of the band’s hearts and vision behind the new record, head on over to the kickstarter page below and watch the campaign’s video.

You really don’t want to miss this wonderful opportunity to back this project and receive some pretty sweet rewards in return – For example, for just $25 you could receive an autographed copy of the new album, a limited edition We Are Leo sticker, an autographed guitar pick, and your name in the credits.

As well as backing the project, be sure to spread the word about this campaign to all of your friends by sharing this article again and again over the next two days through all of your social networks.

If you are new to We Are Leo’s music, the following two music videos will give you a great flavor of what they’re all about:
Oxygen | Supernova Sunrise