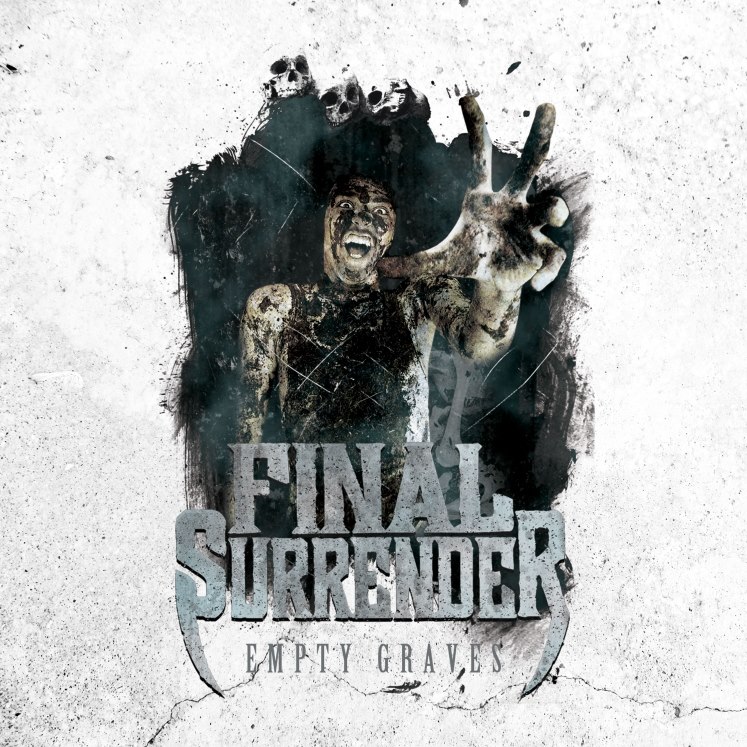 Final Surrender are an extremely unique Metalcore band hailing from Southern India. There are very few bands who have been able to successfully incorporate folk music into metal. Amongst the ranks are such groups as Finntroll, Amon Amarth and, you guessed it, Final Surrender.

Final Surrender began back in the winter of 2010 and released their debut full-length entitled The Expanse soon after, gaining them much local and international acclaim in the process. They have since released an EP entitled St. Sinner and 3 stand alone singles to fill the gap in between their debut and sophomore albums and, in 2012, they gained a much needed breakthrough by signing to Rottweiler Records based in Indiana U.S.A. Their second full length, Empty Graves, was produced by Ex-Evanescence drummer Rocky Gray and was released November 5th.

The album, a masterpiece from the Metalcore 5 piece, starts out with a soft build up to the break-neck impact of “Refresh” and continues with the first example of their folk infused piece “Egosnakehead.” Hailing from India the folk element gives the songs a Bollywood meets metal feel which is evident in songs like “Amusing,” “Sin Beyond Skin,” and “House of Cards.” The album carries a strong classic Metalcore feel similar to Lamb of God, mostly in vocal style, and just adds in a little extra flair atop the already extremely unique sound of Final Surrender.

Final Surrender comes from a part of the world not commonly known for producing metal bands, and with Empty Graves they’ve not only produced one of the most unique metal albums of 2013, but they’ve also put India on the map in the process, at least as far as the metal music scene is concerned anyway. Overall, this album easily deserves a 4.5/5 rating and is for fans of Lamb of God, Avenged Sevenfold and The Famine.