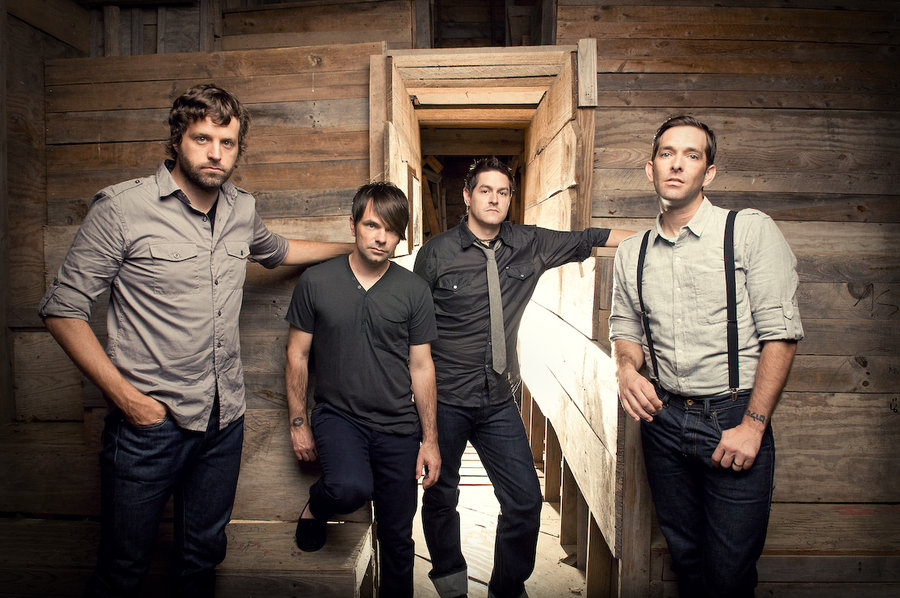 Multiple Platinum and Grammy-Awards winning band Jars of Clay is giving away the song, “Fall Asleep,” from its acclaimed album, Inland, through a special NoiseTrade offering beginning today to raise money for relief efforts in the Philippines. All of the proceeds from the single will be used to support The Red Cross in the aftermath of Typhoon Haiyan, claimed to be the strongest tropical cyclone to make landfall in recorded history.

The official music video for “Fall Asleep,” which premiered on USAToday.com and is now being promoted on various video channels, was created in Manila, directed by Luis Tabuena and stars Filipino super-model/actress, Rhian Ramos.

“The video was done for us entirely for free, as a gift,” says Jars of Clay lead vocalist, Dan Haseltine. “We are so grateful for the gift of such a stunningly beautiful music video. By using the video and the song as a means to raise funds to help in the clean up and restoration efforts currently taking place in the Philippines, we felt it would be a wonderful way to respond in kind.”

People are encouraged to watch the video, and then go to NoiseTrade and download “Fall Asleep,” leaving a tip for the relief efforts.

“I incorporated the sun and stars from the Filipino flag, as well as the skyline of Manila,” says Haseltine of the artwork created for the single. “We are hoping to raise $50,000 to help serve the amazing people of the Philippines and will be working with The Red Cross to insure the funds are used properly and efficiently.”

“Fall Asleep,” the band’s first piano ballad, is a showcase for Haseltine’s vulnerable singing and band member Charlie Lowell’s contemplative piano. “It’s about a relationship that can’t last and asks if we can accept the grace of a single moment,” Jars of Clay’s rhythm guitarist, banjo player and harmony vocalist Matt Odmark explains. “It’s a narrative of impermanence and sums up the themes of the record. Since nothing lasts forever, is there a way to live in the present and find peace with the knowledge of limitation?”

Playing “Fall Asleep” and other selections from its current album, Inland, along with its fan favorites and Christmas classics, Jars of Clay launches its “Inland Christmas Tour” in Waco, TX Dec. 4 with special guests John Mark McMillan and Lainey Wright.  The tour benefits Blood:Water Mission and promises to be a multi-instrumental and musically collaborative experience.  All of the upcoming Jars of Clay tour dates can be found at www.jarsofclay.com.

“Our Christmas concerts tend to be the most creative events of the year for Jars of Clay,” says Haseltine.  “We incorporate toy pianos, concert bass drums, mini-bass, xylophones, strings and bells, along with all the usual instruments, lights and presentation to shine a warm light on a season of peace and joy.”

It’s been nearly twenty years since Dan Haseltine, Steve Mason, Charlie Lowell and Matthew Odmark released their debut Frail. Students at the time, Jars of Clay once again harness the youthful ambition and uninhibited creativity of their beginnings for Inland, while cultivating a maturity in sound with embellishments of violin, horns and ambient melodies that attests two decades of experience.   Inland, which released amidst acclaim Aug. 27 on the band’s Gray Matters label, is available now everywhere great music is sold, including online at iTunesandAmazon.com.

Along with 16 No. 1 songs, Jars of Clay has received major television and film song placements, made appearances on all the major late night talk shows and entertainment magazines, and has shared the stage with Sting, Sheryl Crow, Lenny Kravitz, GooGooDolls, Duran Duran, Jewel, EmmyLou Harris, Matchbox 20, Melissa Etheridge, Alison Krauss, The Civil Wars and many more.  They have also collaborated with Mark Hudson, Greg Wells, Dennis Herring, Stephen Lipson, Joanne Cash, Art Garfunkel, Carol King and many others.  The band further founded the Blood:Water Mission charity in 2002 to help combat the HIV/AIDS epidemic in Africa.

For all the latest Jars of Clay tour news and more, go to www.jarsofclay.com.