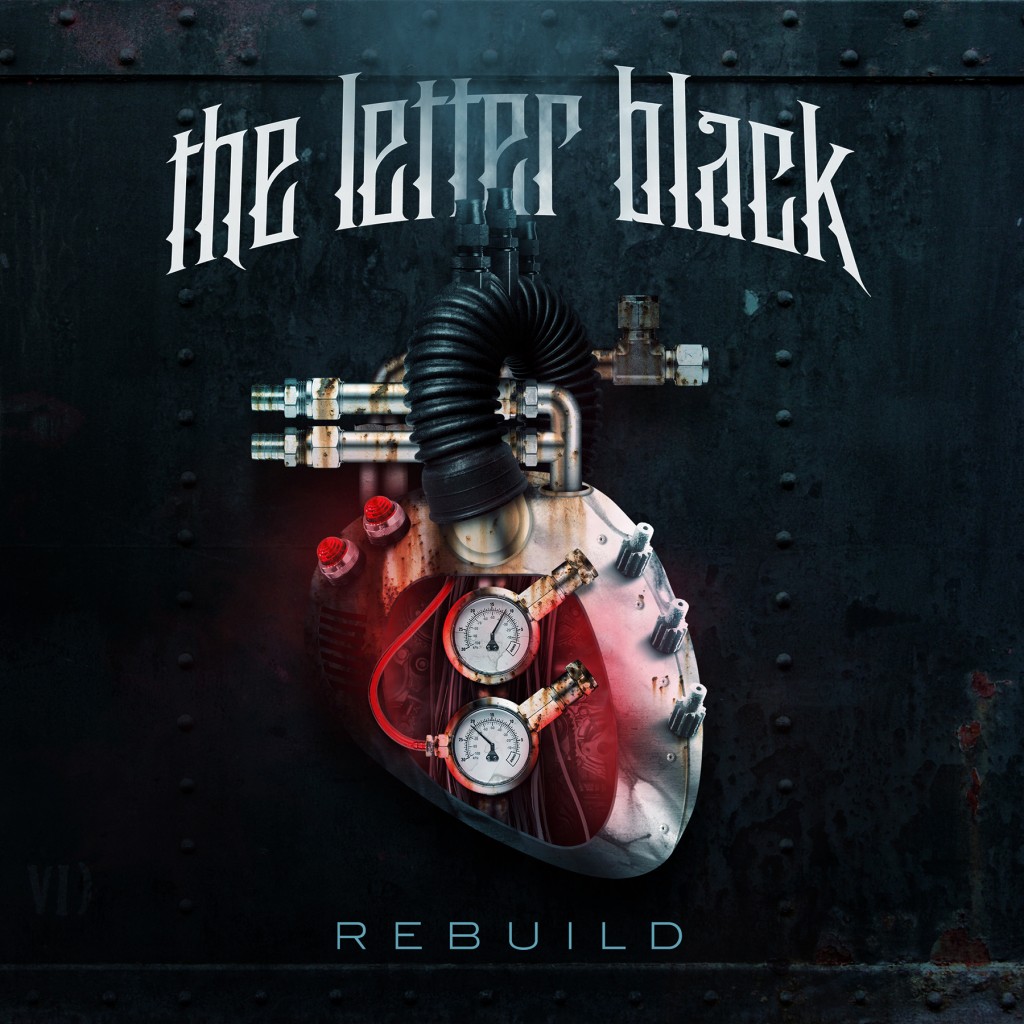 After Hanging On By A Thread, The Letter Black Rebuild With New Album

Just over three and a half years after Hanging On By A Thread, their debut release on Tooth & Nail records, The Letter Black is back with their sophomore album entitled Rebuild. The album was produced by former Red guitarist Jasen Rauch (Red, Disciple, Fireflight) and Johnny K (Disturbed, 3 Doors Down) and mixed by David Bendeth (Paramore, Breaking Benjamin) and Jay Ruston (Stone Sour, Jars of Clay). With Rebuild, The Letter Black have stepped up their efforts from their debut album “Hanging On By A Thread,” and have made a contender for one of the top rock albums of 2013.

Rebuild, starts off with the first single of the album “Sick Charade.” Originally released back in October 2012, “Sick Charade,” is a good preview of what to expect from the rest of the album. The track is a solid rocker that will surely get you into the album, with its heavy guitar riffs and a few screams from lead singer Sarah Anthony.

“Break Out,” the second track and personal favorite off the album, is one of the heavier songs on the album and provides the first chance at hearing back-up singer/guitarist Mark Anthony’s great vocals. “Break Out,” does what the name suggests and provides a great message of going against the world’s ideology and following God’s plan for your life. Also it is a great song to let loose and head bang to.

“Pain Killer,” which has an accompanying music video, keeps the hard rock formula coming before the next track “Found,” slows down the tempo with a pop rock ballad. “Up From The Ashes,” pumps you up with its heavy hitting riffs and positive lyrics, “I won’t give in, I’m not that easy. I’ll live again, and keep on breathing.”

This is where Rebuild gets a little hard to explain. Though the rest of the album is definitely solid, it starts to feel a little repetitive. Personally, this is what was felt with The Letter Black’s debut album Hanging On By A Thread. The next couple of tracks “Outside Looking In,” and the title track “Rebuild,” are both great on their own, but fail to add anything to the album. The eighth track “Smothering Walls,” picks the album back up from where “Up From The Ashes” left off with another fast paced and heavy song. This song will surely be one of the fan favourites on the album.

Next up to the plate is “Shattered.” As a single song it sounds good although the slow tempo does feel a little out of place, bringing down the energy of the album. “Devil On Your Back,” is one of the more unique songs on the album as it brings some punk influences into play. Sarah Anthony’s screams are featured predominately in the song and sound akin to the vocal work of former Flyleaf vocalist Lacey Sturm’s.

“Branded,” one of the strongest tracks on the record, rounds Rebuild off nicely, showing that The Letter Black is really a cross between Red and Thousand Foot Krutch, but with a female vocalist. “Branded” deals with themes of being judged by the labels we have been handed out by others.

The Verdict: As a whole, this album is a step up from The Letter Black’s debut record, but follows in similar footsteps with a few repetitive tracks spotted throughout. The influence from Producer Jasen Rauch are definitely heard. With stand out songs, “Break Out,” “Up From The Ashes,” and “Smothering Walls.” Rebuild, is one of the better Christian Rock albums of the year. Whilst not being a perfect album, Rebuild is certainly worth the money and the 4 out of 5 rating.

The album is now available in stores and on iTunes so pick up your copy ASAP to make sure you don’t miss out on one of the best rock releases of 2013. The music video for “Pain Killer” can be seen below and you can read our full review of it here.