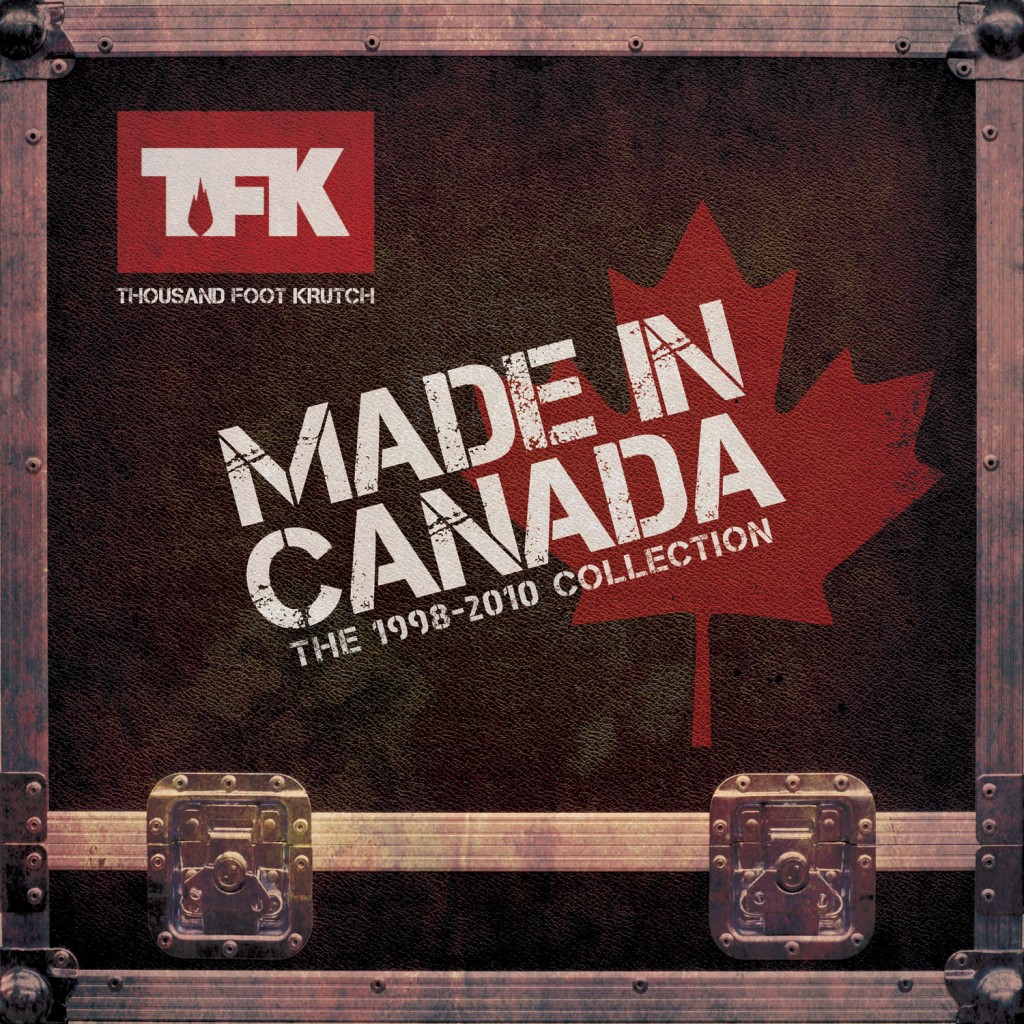 Album Review: Thousand Foot Krutch – Made in Canada: The 1998-2010 Collection

For 15 years now Canadian based rock group Thousand Foot Krutch (TFK) has been making their name legend within the Christian rock scene. To commemorate their success Thousand Foot Krutch has released a “best of” album entitled Made in Canada: The 1998-2010 Collection. This album is jammed packed with hits spanning over ten years of the band’s career, but they didn’t just stop at making it a “best of” album but even added two brand new TFK songs to the end of the piece. What more could fans ask for?

TFK started in 1995 under the name Oddball. They released one album entitled Shutterbug under the name and changed it to Thousand Foot Krutch in 1996 prior to their release That’s What People Do. Both this release and their 2000 release Set It Off were very different to what we recognize TFK as today though, as it contained a lot more hip-hop sounds and much less of their familiar hard rock sound they have today. Their hard rock sound didn’t start until their 2003 album Phenomenon. It was the Phenomenon album and their signing to Tooth and Nail records that really helped the band achieve mainstream success releasing four more albums, not including the new best of album, and setting them up to tour with legends in the Christian music scene such as Jars of Clay, Casting Crowns, Lecrae, and Red just to name a few.

As for Made In Canada: The 1998-2010 Collection, it brings both the power and the emotion of the last 12 years together into just one CD. The album does a very effective job of covering the band’s whole catalogue typically bringing two or three songs from each album. For power the band brought “Rawkfist,” “Welcome to the Masquerade,” and “Move’ to name a few. For emotion the band brought some interesting choices including “This is a Call,” “What Do We Know,” and “Breathe You In.” It’s the two new tracks though that are the most looked forward to.  “Searchlight” is the first of the two, and it carries a softer side of the band with beautiful lyricism and instrumental harmonies reminding many fans of FM Static, Trevor & Steve’s popular pop/rock side project. “Complicate You” is a familiar TFK fist pounding song that makes you bang your head and want to go crazy.

As a whole, this “Best of” album is exactly what it says and so much more. This album really is the best way to celebrate a fantastic band’s career, and look forward to the future of what we can expect from the Canadian legends. TFK is for fans of Three Days Grace, Pillar, and This Beautiful Republic. Seeing as this is a “best of” album, it’s hard to rate, but including the two new tacks this album fully deserves a 4.5/5.

[Editor] You can purchase your copy of Made in Canada: The 1998-2010 Collection from iTunes.