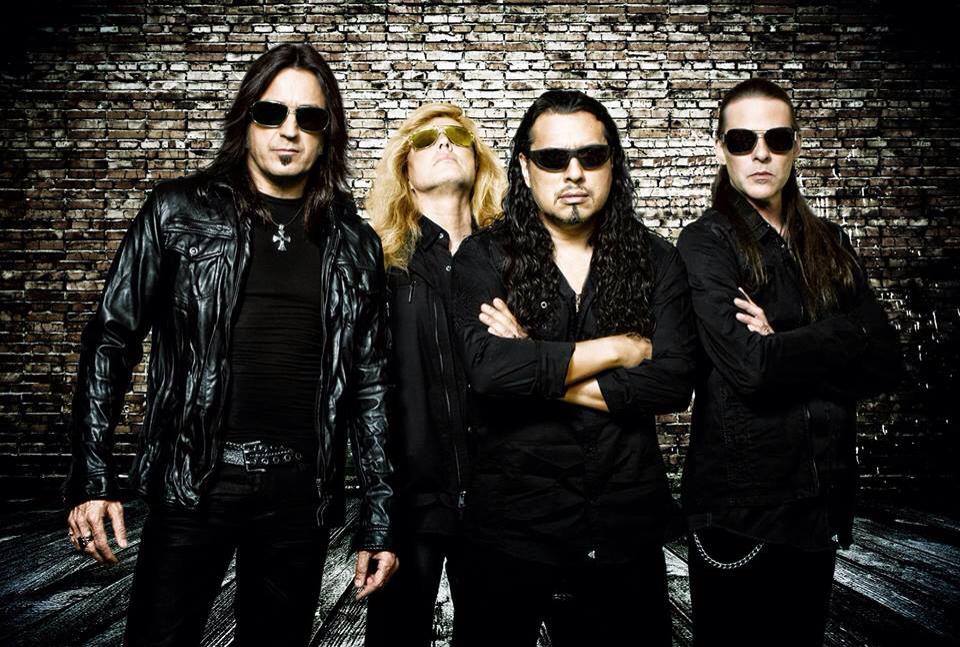 Few bands have been able to stand the test of time like Hard Rock/Heavy Metal legends Stryper. Hailing from the Sunset Strip era of music, Stryper is one of the first metal bands to bring a straight-forward Christian message to such a dark form of music. Stryper has gained critical acclaim over their career with their releases like The Yellow and Black Attack, To Hell with the Devil, and In God We Trust, and have now returned in 2013 with their latest release No More Hell to Pay.

Stryper was started in 1975 by the Sweet brothers, and rode the Glam Metal wave through the eighties as one of the first Christian metal bands to gain mainstream success. Like all Glam Metal bands though the group reeled during the early nineties and, although they remained a touring force, they re-released their last album (Against the Law) for 15 years in 1990. This wasn’t the end of Stryper by a long shot though, and the band came back with a vengeance releasing Reborn in 2005 and Murder by Pride in 2009 with both albums being widely accepted by Christian and secular fans alike. After a cover album in 2011 (The Covering) and a re-vamp album with two new tracks (Second Coming) we have finally been graced with the first new material from the guys in four years entitled No More Hell to Pay, and it doesn’t disappoint.

No More Hell to Pay comes out strong with “Revelation,” and packs a familiar Stryper punch with the title track “No More Hell to Pay.” This album does carry a heavier punch than we’ve seen from Stryper in the past with “Saved By Love,” “Marching Into Battle,” and the particularly hard hitting “Water Into Wine.” Probably one of the best songs off this album tough, isn’t their heavy ones but rather their slow one. “The One” is the ballad off this album and brings with it some beautiful lyrical work, and an even more beautiful vocal performance by Michael Sweet as it transports you back to when rock ballads ruled the world.

Stryper are a Hard Rock/Heavy Metal group out of California who have passed the test of time with their latest release No More Hell to Pay. Combining some extra heavy riffing with Sweet’s familiar melodic vocal performance, No More Hell to Pay is by far one of the best albums of the calendar year. If you love Stryper’s other material, or just want something to bring you back to the good old days of metal, you need to get this album. The album is exquisitely well put together, expertly executed, and brilliantly done overall and easily deserves a 9/10.

[Editor] You can view the music video for “Sympathy” below and you can pick up your digital copy of this new album from Stryper from these, and other fine online retailers:
iTunes | AmazonMP3