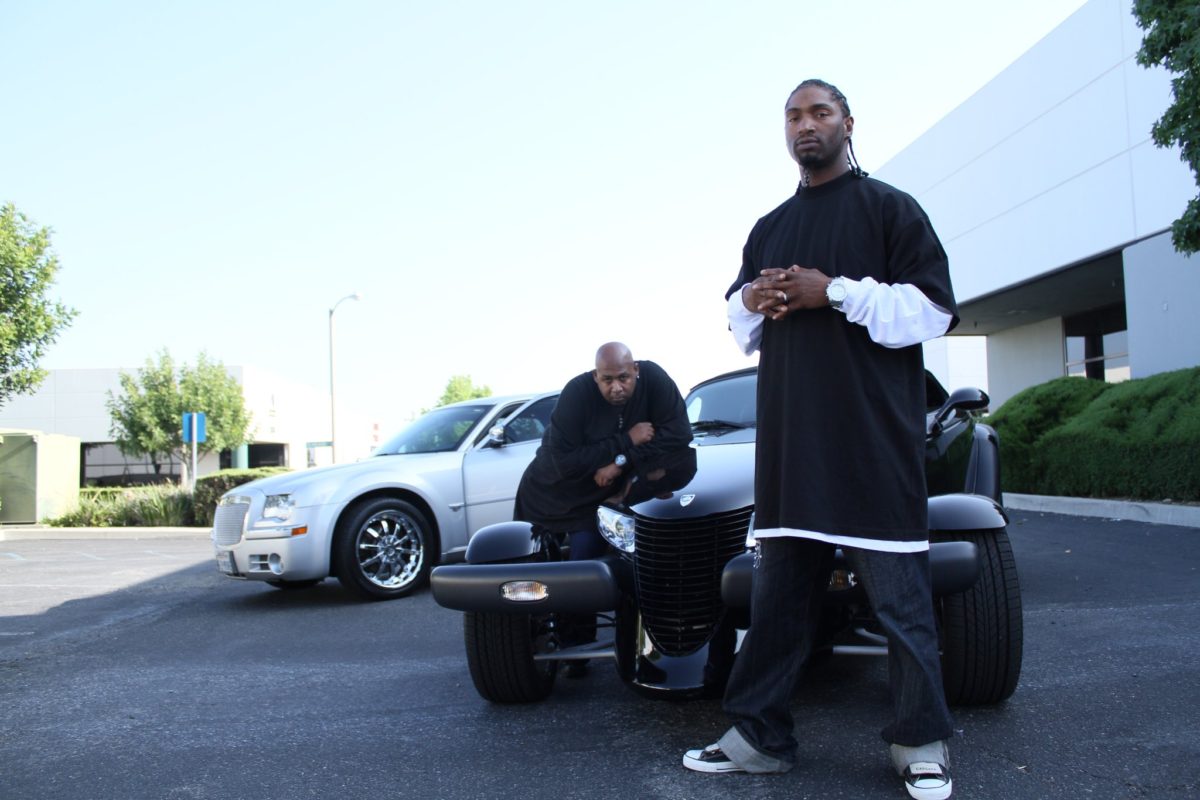 Legendary CHH group Gospel Gangstaz has triumphantly returned with their eighth full-length studio album, and first since 2011’s Streets Disciples. The project’s title, Defenders of the Faith, is an overt reference to the duo’s commitment to promote the light of faith in Christ amidst a world steeped in darkness. The Grammy-nominated CHH pioneers are hugely influential and have often been cited as being a major impetus for many of CHH’s most notable recording artists to pursue their chosen paths. They return on this offering with some archived tracks from their heyday with some new work sprinkled in.

​From the very first word of Calofornia on the album’s first song “Roll On,” it is clear the Gangstaz fully intend to represent the West Coast. The bulk of the album’s production bears out this sentiment. Classic G-Funk sounds and Cali vibes abound, as do references to Chuck Taylors, khakis, and low-riders. So too, do references to Yahshua, Yahweh, and El-Shadai. The Gangstaz certainly live up to the ethos of the album’s title, promoting the truth of the gospel at every turn.

​One thing the group doesn’t do much of is stray from their tried and true roots. This results in an initial portion of the album that may sound, at times, very retro. In fact, the album’s first three tracks, the aforementioned “Roll On,” the album’s title track, and “Braids In” all feature two staples of 90’s-era rap originating in Southern California; a particular bounce in the beats and crooning in the choruses. This is not to knock that sound, as quite a lot of the album’s tracks do, in fact, come from the artist’s vault. “Defenders of the Faith” features an unexpected, yet welcome cameo from funk-soul legend Bootsy Collins, who also makes an appearance on the album’s closing track “Don’t Dance.”

The fact that the album maintains a distinct throwback feel for the majority of its duration is not inherently a negative thing. In fact, if you are old enough to appreciate the glory days of the Dogg Pound, or even 213’s self-titled album of the early aughts, you may very well find yourself digging this effort from the Gangstaz. Furthermore, if you pine for that era in hip-hop, you will love this album from start to finish.

​By track four, the album’s first single “Walk With Me” provides a welcome respite from the sing-song hooks. The sonics remain hard-hitting as ever and keep the G-Funk bounce alive. However, that cut is followed up by perhaps the album’s sleepiest, most croon-heavy track, “2Nite.”

​The album continues with a pair of yet more Westside-infused beats on “Hustlas” and “Time.” This time, the messages really hit home on both songs and the production comes across as more intricate. “Hustlas” is an ode of brotherhood to those incarcerated or lost in lives of crime. Meanwhile, “Time” heavily reinforces the urgency of the call to repent and seeks to strike a chord with listeners.

​The album rebounds from the somber mood with “Slap That On,” an upbeat, fun track that acts as a call to celebrate and features some standout storytelling, opening with these piercing lines, “All hands in the air and don’t be a hero. The whole atmosphere turned cold as sub-zero.” Like those lines illustrate, this is an ice-cold track.

​“Every Man” is my favorite song on the whole album, by far. The hook is sung and it plucks at one’s heartstrings, as the production features some unfamiliar sounds with melodic guitar licks and subtle steel drums. The song holds true to its title, with a chorus that any everyday person can relate to.

​Listeners get more unapologetic West Coast flavor on “Low Ridin.” From there, the rest of the album picks up significantly, with some of the project’s best work in songs such as “Trying Times,” “Never Take Us Alive,” and “Caught Up,” all of which feature conceptual and topical subject matter. “Trying Times” relates tales of everyday struggles over horns, quirky synths, chiming bells, and scratches on the hook. “Never Take Us Alive” reiterates the crew’s mission of discipleship and even alludes to a ready willingness to be martyred for their faith. “Caught Up” features a beautiful Spanish guitar, a smooth snare and kick, and a melodiously sung chorus. The music resonates with a deeper meaning, passion, and emotion.

​The album’s final track, “Don’t Dance,” rounds out the album by bringing listeners full circle back to that Cali vibe. It is a fitting feeling to finish up the album and ends matters with a positive party atmosphere.

​Admittedly, some of the formulaic West Coast calling card of Gospel Gangstaz isn’t for everybody. However, this album carries plenty of merit and is immensely listenable, especially to ride to. When the Gangstaz experiment with different sounds, flows, and motifs is when they are their most artistically impressive. This album showcases how and why the Gospel Gangstaz have carved out their own lane in hip-hop for nearly two decades. All in all, Defenders of the Faith is a solid effort that will please the group’s core fan base whilst also intriguing and simultaneously educating newer listeners.

We will be posting the links to buy the album tomorrow so be sure to “Get Plugged In!” with us online as well:
Facebook | Twitter